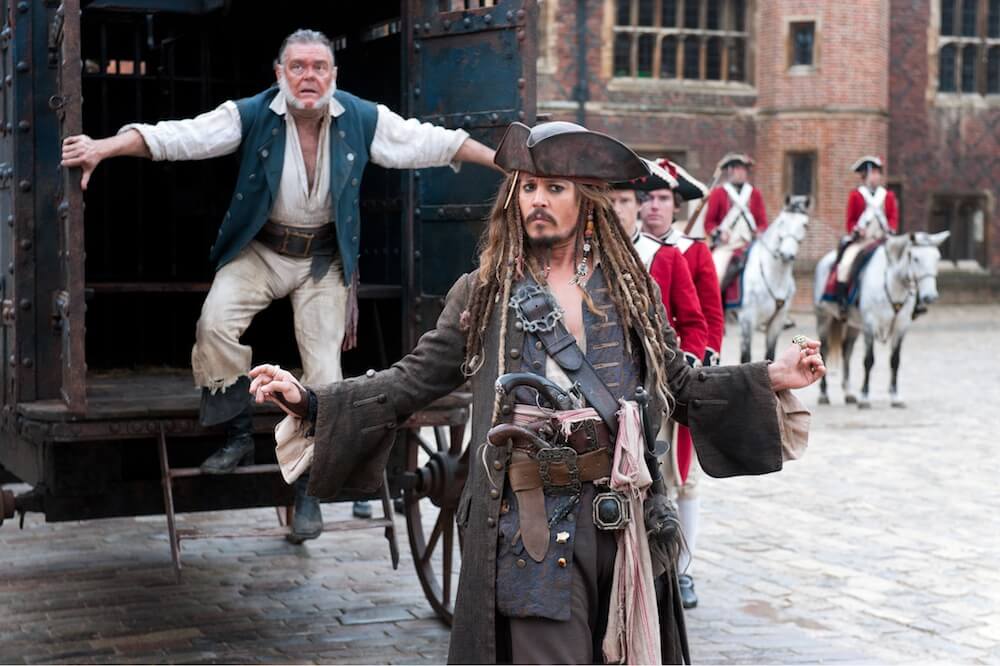 We then saw Jack Sparrow come to the Disney Parks in both the various Pirates of the Caribbean attractions and meet and greets. Recently, Johnny Depp has been in some hot water when it comes to the media after his legal battle with ex-wife Amber Heard went mainstream. Heard has accused Depp of domestic violence and is suing for $100 million, and Depp is countering her suit with a defamation cost of $50 million. The two will not have their official court case until next spring, but Depp has lost a defamation battle against U.K. tabloid The Sun, who sided with Heard’s description of Depp.

Since then, Depp has gone through a whirlwind of a career spiral with both Disney and Warner Bros. dropping the actor from his respective films at each company. Removing Depp from Pirates of the Caribbean film caused instant outrage among fans, who have to singe heavily petitioned to bring the actor back.

But it seems that even if Disney attempts to take Depp out of Pirates of the Caribbean, Sparrow’s characterization will always be something that the actor will own. Depp is currently the Guest of honor at the Deauville American Film Festival in France. The actor instantly transformed into the character while meeting a child dressed in the full Jack Sparrow costume.

Depp started speaking like Jack Sparrow, slurring his words, and even changed his body language to represent the character. Twitter user Savvy? (@Savvy_CapJackie) uploaded the video, and it brought us right back to the good old days of Depp playing the character! Depp begins speaking to the child in French, but once he switches to Sparrow, it seems the character is truly second nature to him.

Johnny Depp making the voice of Jack Sparrow for this little child… It's too lovely … ❤️ pic.twitter.com/9bN8Q6uYkU

Depp has said that Jack is loyal to him in the past, and from the above footage, it is easy to see why. Considering Depp has had five movies to perfect the character and create his quirks, speech patterns and bring him to life, it is hard to imagine any other version of Jack Sparrow. Margot Robbie is set to helm the ship of Pirates of the Caribbean 6, taking over the reins from Depp and creating her own lead pirate character in the female-centric film.

What do you think of Johnny Depp still playing Jack Sparrow in his everyday life?