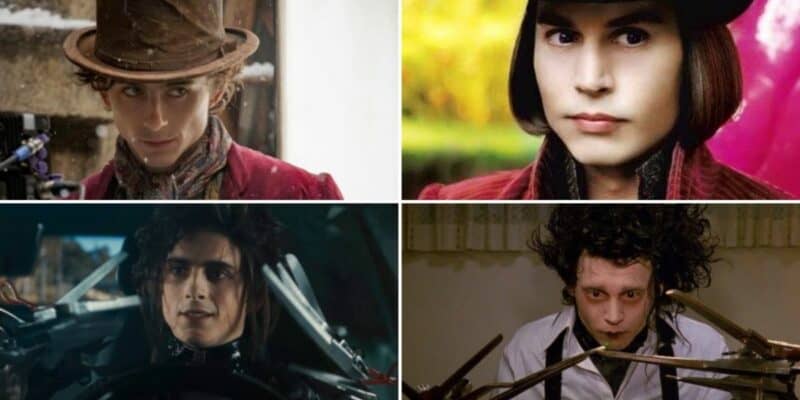 Johnny Depp has been heavily targeted in the media over the past months as his lawsuit with ex-wife Amber Heard has continued to blow up with everyone wanting to know more.

The verdict for the $150 million lawsuit will not be determined until spring 2022, however, it seems that new information continues to release. Most recently, we have seen Depp begin to stand up for himself. The actor has warned others that they can be “canceled” at any moment, regardless of the truth. Depp continues to state that he is innocent and did not abuse Amber Heard.

That being said, unfortunately for Depp, he lost a defamation battle against U.K. tabloid The Sun, who sided with Heard’s description of Depp. Since then, Depp has gone through a whirlwind of a career spiral with both Disney and Warner Bros. dropping the actor from his respective films at each company. Removing Depp from Pirates of the Caribbean film caused instant outrage among fans, who have to singe heavily petitioned to bring the actor back.

Even if Disney attempts to take Depp out of Pirates of the Caribbean, Sparrow’s characterization will always be something that the actor will own. Depp was the Guest of honor at the Deauville American Film Festival in France and during his appearance, he was able to instantly transform in Jack Sparrow for a child. He noted that no one can take Sparrow from him, and that he carries the character anywhere he goes. Considering many fans who have been fighting for Depp’s return to the role agree, does that prove true for all of Depp’s films?

Johnny Depp played Willy Wonka in Charlie and the Chocolate Factory in 2005. The role was not one the Depp originated, but many fell in love with his adaptation and since then he was the last to play that candy store owner. Now, Timothée Chalamet has been cast in the role to play a younger Wonka in a prequel series.

Timothée recently shared a sneak peek of him in the role, and with an outfit so similar to Depp’s, the question remains: Can Chalamet replace Depp?

The suspense is terrible,
I hope it will last …
🏭WONKA🍫

Paul King will be directing the film based on the screenplay he wrote with Simon Fanarby. We do not yet know plot points for the film, but as it is a prequel, it seems likely that going younger was necessary. That being said, this is not the first time we have seen Chalamet go after a role Depp previously starred in.

During the Super Bowl, LV Chalamet went viral for playing Edward Scissorhands’ son Edgar in a car commercial. It felt almost as if we traveled back in time and saw Depp’s rendition of the character, as he did bring Edward to life on screen.

Timothée Chalamet. The guy you turn to to replace Johnny Depp.

Timothée Chalamet. The guy you turn to to replace Johnny Depp. pic.twitter.com/LDI39jbGR2

There are; however, some fans excited to see Chalamet take over the role. For Depp, it must be interesting to see the young actor who also dated his daughter rise up through parts that Depp made iconic.

What do you think of Timothée Chalamet replacing Depp as the younger Willy Wonka?