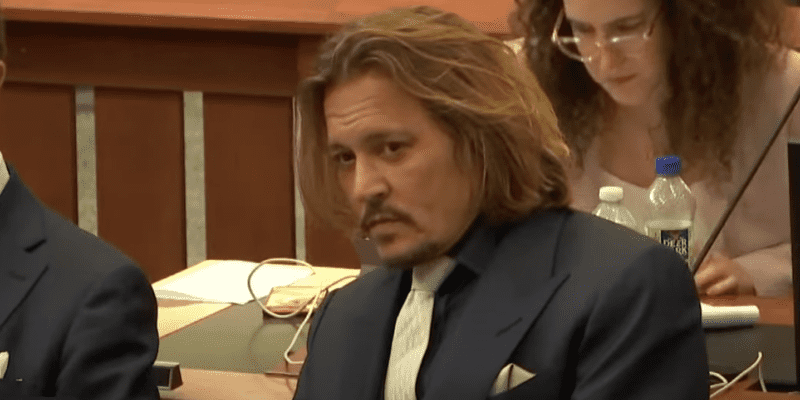 Despite a great deal of support from his fans — some of whom have begun boycotting Warner Bros. for not firing Heard from their DC Comics Aquaman franchise — Depp has not been able to find work in Hollywood on a regular basis since his initial legal loss in 2020.

Now, the actor has been ripped apart in opening statements yesterday. Per a report about the court proceedings, Heard’s lawyer spoke specifically about the now-infamous alleged “hostage” situation during a Pirates of the Caribbean shoot:

Johnny Depp punched and kicked his then-wife Amber Heard during a three-day blackout in Australia, then in a later attack dragged her by her hair, pulling out chunks, Heard’s attorney said during opening statements Tuesday of the trial in which a jury will determine whether Heard was telling the truth when she said she was a victim of domestic violence.

Depp’s team, however, “said that Heard was the physically abusive one, and that he would lock himself in the bathroom to avoid her.”

Furthermore, Depp’s camp alleged that the Jack Sparrow actor would book two hotel rooms when he and heard traveled so he could escape her “rage.”

The “bottle incident” from the December 2015 Australia trip also came up yesterday. Heard notoriously reportedly threw a vodka bottle at Depp and it severed his finger. Heard’s attorney, however, asserted that the Alice In Wonderland star cut off his own finger.

This is a sentiment shared by Depp’s many supporters who have made hashtags like #AmberHeardIsanAbuser trend over the past several months.

It is, of course, imperative to note that everyone involved in the situation remains innocent until proven guilty.

The Law & Crime Network live-streamed all seven-and-a-half hours of yesterday’s proceedings, which you can view in full below:

Are you following the court proceedings in Virginia?