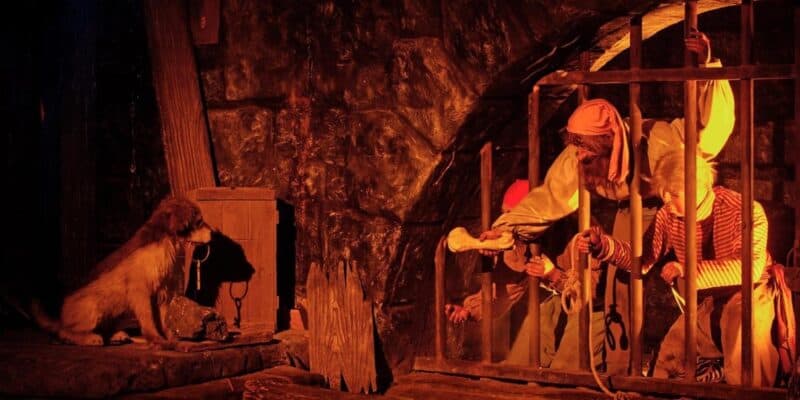 At Walt Disney World Resort’s Magic Kingdom Park on September 22, 2021, Guests riding the ever-popular Pirates of the Caribbean experienced a bit more than they bargained for during their ride.

The boats on the ride found themselves in a major jam, bumping against one another for approximately 10 minutes while Guests were left waiting to move to the next section of the fan-favorite attraction that features Captain Jack Sparrow from the Pirates of the Caribbean movie franchise.

While it is not uncommon for Disney Parks boat rides to have minor backups, there were an unusually high number of boats involved in today’s POTC situation.

Guests involved in the delay were told to “hang tight” until the situation was resolved, which it eventually was. It is not known what exactly caused such a lengthy backup on the ride, but some Guests were quite alarmed by how hard the boats were thumping against one another.

Keep in mind that rides at all Disney theme parks sometimes experience downtime and delays, even though Cast Members do their best to keep all rides and attractions operational all day, every day.

The official Disney World website describes the Guest-favorite Pirates of the Caribbean ride as:

Have you ever experienced a major backup on a Disney World or Disneyland ride?