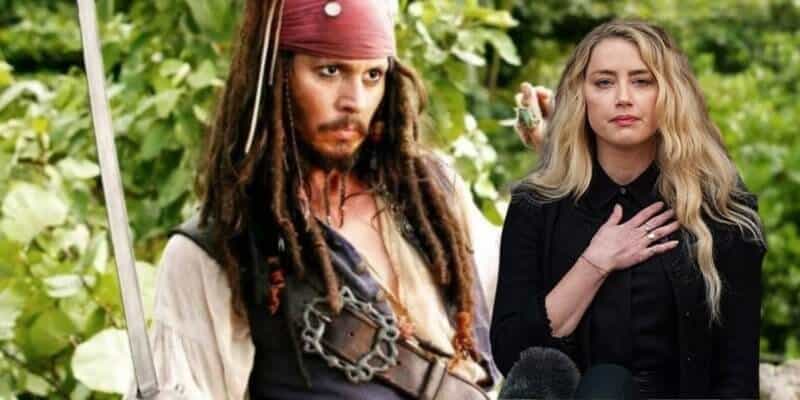 When it comes to Johnny Depp and Amber Heard’s relationship, describing it as rocky does not even begin to scratch the surface of the tumultuous behavior the two have claimed the other has displayed.

The now-divorced couple has been making headlines for months as their libel lawsuit court date approaches in which Amber Heard (Aquaman) is accusing Johnny Depp of domestic abuse, and Depp is countering with defamation, as he claims her words are not true. The case is set to have celebrity names such as Elon Musk and James Franco testify, and after Johnny vs Amber dropped on Discovery+ on December 18, a new can of worms has been opened up between Mr. Depp and Ms. Heard.

The docuseries shows two episodes which dive into both sides of the alleged story being told. The drama began after Heard published a piece which states she was abused by Johnny Depp. Depp had then lost a defamation battle against U.K. tabloid The Sun, who sided with Heard’s description of Depp.

Since then, Depp has gone through a whirlwind of a career spiral with both Disney and Warner Bros. dropping the actor from his respective films at each company, including the Fantastic Beasts franchise where he was replaced by Mads Mikkelson. Removing Depp from Pirates of the Caribbean film caused instant outrage among fans, who have to singe heavily petitioned to bring the actor back as Captain Jack Sparrow.

Since then, some have said they are going to boycott the franchise, especially once it was announced that Margot Robbie would be taking over a similar leadership “Jack Sparrow” role in the female-led spinoff of the franchise. Now, with Pirates of the Caribbean 6 reportedly in the works, we have wondered who could take over for Johnny Depp — if anyone.

Now, it seems that one of Depp’s old band members Bill ‘Beano’ Hanti who played with him in The Kids in the 1980s, is speaking out on Amber Heard, and he does not have nice things to say. Hanti noted that Vanessa Paradis, who was Depp’s partner for 14 years and mother of his children, was a “beautiful soul,” but he messed that up, and Amber Heard has driven him insane.

Hanti said that after Heard met Depp on set of The Rum Diaries (2009) things went downhill. It was reported that Hanti said”

“She just saw him coming. She got the opportunity to be a part of that film and she worked it. Ruined his life, it really did. Look at it, it totally f****d his career over. Cost him his friends. Part of his family. She got inside John’s head and made him absolutely crazy to the point where he was drinking and drugging, to the point of insanity.”

It is being said that in the documentary, Depp’s episode will “portray that he found himself married to a Machiavellian liar who would stop at nothing to protect her image”. Although this documentary has debuted, the actual court case will determine who is guilty of what accounts.

What do you think of these latest developments in the Johnny Depp and Amber Heard drama?