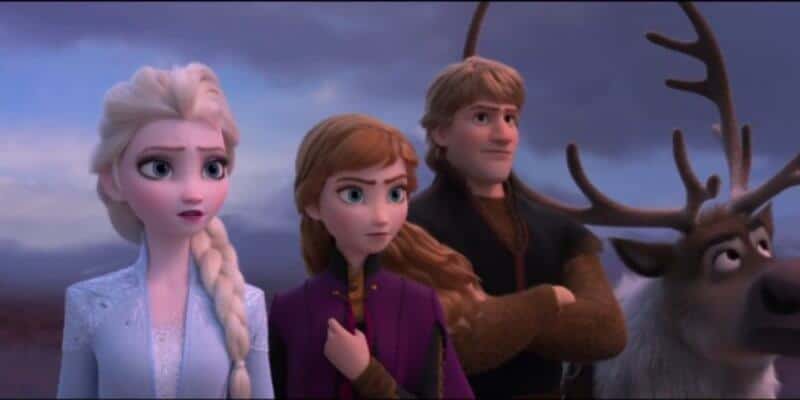 Since “Frozen” rocked the box office world and the world of Disney with its unbridled success, there has been discussion about Elsa and a possible love interest for her, thanks to the song “Let it Go,” which some feel has a “coming out” theme to it.

And with the upcoming theatrical release of “Frozen 2,” the conversation is growing. But during the D23 Expo this past weekend, songwriters Robert Lopez and Kristen Anderson-Lopez say that the icy sequel to the 2013 box office smash will not include any love interest for Elsa, nor will it even address a story of love interest for Elsa.

“Like the first movie, Elsa is not just defined by a romantic interest,” said Kristen Anderson-Lopez. “That’s not a story that we wanted to tell at this point in time. What we really wanted to tell was if you have these powers, how do you grow and change and find your place in the world and find answers that haven’t been found before?”

But the inquiry into Elsa’s love life continues to be fueled by the teaser trailer released for the upcoming “Frozen 2” which show a new female and a new male character. Could one of them be Elsa’s new love interest?

Who is this mystery girl and who is the young man who is tossed into the air in a storm of autumn-colored leaves? Is one of them a possible love interest of Elsa’s?

The overwhelming response so far has been “no,” and that’s for a few reasons, the first being the insight shared by lyricists Robert and Kristen Anderson. But there are a few more things that seem to back up that response.

The young girl in the scene above seems to be a child, and she’s joined in the scene a few seconds later by a young boy. The two bear an amazing resemblance to a couple of people who already have Elsa’s heart: her parents. Take a look at the young girl and Elsa’s mother. Many think that the scene with the young girl and boy might be a flashback to when King Agnarr and Queen Iduna were younger. Perhaps it’s when they met.

From what we can gather, read and hear, it seems that the theme of “Frozen 2” might have more to do with the sisters’ search for their parents (maybe they didn’t perish after all), a search for the origin of Elsa’s powers or some other search for understanding and purpose. When talking about “Frozen 2,” the songwriting Andersons seemed to give a hint about the storyline of the film when they were quoted as saying “We’ve gone deeper into [Anna and Elsa’s] heads; we know their parents a lot better.”

Take a look at the trailer for “Frozen 2” and tell us what you think.

What do you think? Who is the mystery girl in the teaser trailer? Who is the young boy? Do you think Anna and Elsa’s parents are actually dead, or do you think we’ll find out that they survived? Let us know in the comments below.