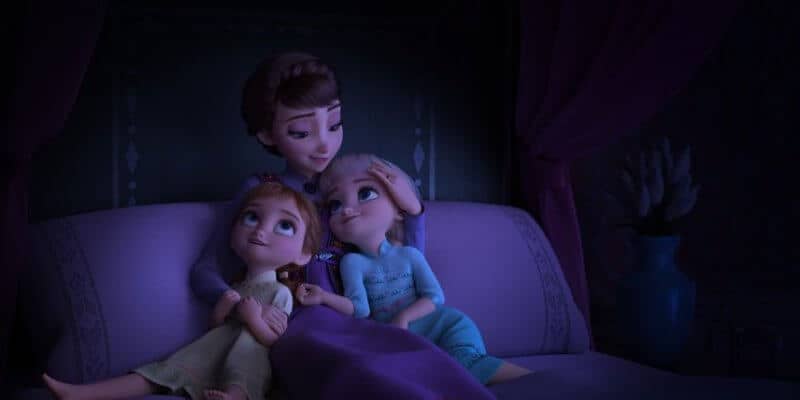 Elsa and Anna–one of the most powerful duos in Disney history. And as we already know, they’re coming back in a brand new sequel, “Frozen 2”! That means more sisterly love, more powerful songs, and of course, more chocolate!

Thanks to the recent teaser trailer for “Frozen 2,” we knew all of our favorite friends would return for an all new adventure. Queen Elsa, Anna, Olaf, Kristoff, and Sven all appeared in what looked like a battle against time of some sort. We saw Queen Elsa attempt to travel deep into the ocean during a fierce and fast paced fight against the sea waves. But why was she traveling deep into the sea?

During the Walt Disney Studios panel at D23 Expo, Chris Buck, who co-directed “Frozen”, came out on stage to share some news about the new movie and reflect on his experience working on the “Frozen” franchise.

“I just want to let everyone here know that Jen has been instrumental in making our recent films so special and now she has a vision for the future of Disney Animation that is breathtaking,” he said. “That future starts with ‘Frozen 2.'”

Buck went on to explain how “Frozen 2” came to be. He talked about how there was one question that lead them to create “Frozen 2” and that was to answer, why does Elsa have powers? But then this lead to so many more questions: Why was Anna born the way she was? Where were their parents really going when that ship went down? Is there really such a thing as “happily ever after”?

“We can tell you that ‘Frozen 2’ is even bigger and more epic, but most importantly, in the end, ‘Frozen’ and ‘Frozen 2’ work together to form one complete story,” said Buck.

We now know that part of “Frozen 2” will be a story of the past, but overall it will revolve heavily around family. In the first act, we will encounter Elsa and Anna’s parents. D23 attendees even got to see a sneak peak of one scene, which included a flashback with the Queen singing to young Elsa and young Anna. Fast forward and we see another scene where Anna is singing that same song to Elsa in order to comfort her.

But, it wouldn’t be “Frozen” without a powerful Elsa song. In the first act of “Frozen 2”, Elsa sings the epic ballad, “Into the Unknown,” as a message to the voice that’s calling her. She belts about how her powers are growing every day and there’s this part of her that loves to go into the unknown. But that’s not all. We have now learned that there will be a second Elsa song that comes much deeper in the journey!

We will also encounter some new characters. We know Evan Rachel Wood will voice Elsa and Anna’s mother, and Sterling K. Brown will voice Lieutenant Mattias, who Elsa and Anna will encounter in the enchanted forest.

And of course, everyone needs an update on their favorite couple, Anna and Kristoff. Well, we can tell you that we may see a happy ending for these two as we get hints to a possible proposal in another new song, “Some Things Never Change”, which was sung live on stage when the entire cast came out and surprised attendees at the end of the Walt Disney Studios panel!

This musical number starts off with Anna and Olaf singing a duet, which then leads into Kristoff’s solo on how he wants to propose to Anna, and ending with Elsa singing about how she never wants anything to change.

This wasn’t the only sequel that Disney announced at the Walt Disney Studios panel. We are also excited to find out that “Black Panther” will be getting a sequel and to learn more details about the “Maleficent” sequel, “Maleficent: Mistress of Evil,” as well as the new “Jungle Cruise” film.

Are you looking forward to seeing Elsa, Anna, and the rest of the gang return in “Frozen 2”? Let us know in the comments!