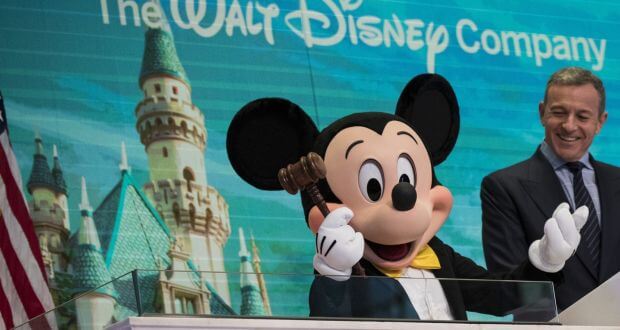 The Walt Disney Company has seen plenty of success with Chairman and CEO Bob Iger at the reigns. Since he was promoted in 2005, Iger has led the company to acquire four major film studios, earning billions at the box office and leading to countless opportunities for promotional merchandise sales and theme park expansions. Let’s take a look at what Iger has done for The Walt Disney Company and what that means for Disney.

During the time that Bob Iger has served as Chairman and CEO, The Walt Disney Company has acquired four major studios that have led (and will predictably continue to lead) to significant success at the box office.

Pixar Animation Studios has earned around $14 billion since “Toy Story” premiered in 1995. Around $11 billion of that came after Disney acquired the studios. Most Pixar films are wildly successful, and while it’s not clear if they would have been as popular had Disney not acquired Pixar, we’re happy this partnership has led to great things for Disney and Disney fans.

Disney bought Marvel in 2009, and since the first Disney-produced Marvel film hit theaters in 2012, the company has earned over $18.2 billion at the global box office, and it won’t stop there. “Avengers: Endgame” is now the highest-grossing film of all time (it surpassed James Cameron’s “Avatar” this year). Part of this success is because of the fact that Marvel allowed Disney to broaden its demographic reach, as the Marvel Cinematic Universe appeals more to teenagers and adults than your typical animated film does.

Iger also led Disney to acquire Lucasfilm, which has allowed the company to produce several “Star Wars” movies, garnering an entirely new generation of fans for the franchise. While some are unhappy with Disney’s “Star Wars,” there’s no denying the success of the films, shows, merchandise, and more that Disney has created since purchasing the studios. And, like Pixar and Marvel, “Star Wars” movies aren’t going anywhere anytime soon.

Finally, let’s not forget to mention the Fox deal. This year, Iger paved the way for Disney to close on its biggest acquisition yet, 20th Century Fox, opening more new doors for the company than ever before. In part thanks to Iger, Disney now has access to more intellectual property than the team may know what to do with, and fans around the world are interested in learning what’s to come now that Disney has access to everything previously owned by Fox. From the X-Men and the Simpsons to “Home Alone” and “Planet of the Apes,” Disney has big plans.

All of the acquisitions that Disney has made over the past two decades have significantly impacted the theme parks. We have attractions, shows, and even entire lands themed after Pixar films at Disney Parks worldwide. Marvel is slowly making its way more and more into the parks. And Star Wars: Galaxy’s Edge is a phenomenon that fans all over want to be a part of. Plus, after Disney acquired Fox, fans are wondering whether or not (and if so, how) the intellectual properties previously owned by Fox will impact the Disney Parks.

There’s no denying the success of Disney Parks in the past two decades with Bob Iger at the head of The Walt Disney Company. Sure, the parks have faltered in some quarters, but the acquisitions led by Iger have allowed the theme parks around the world to expand more than ever before. Star Wars: Galaxy’s Edge is the largest single-land expansion in Disneyland history. And while some Disney traditionalists are unsure of how Walt Disney himself would feel about lands like Galaxy’s Edge, Toy Story Land, Pixar Pier, and the like, it’s clear that fans keep going back and keep talking about these elements of the theme parks that wouldn’t exist had Disney not acquired the companies it did with Iger as Chairman and CEO.

Though he extended his contract twice in the past, Iger plans to step down from his position in 2021 when his contract is up, and his future plans are unclear.

“I’m expecting my contract to expire at the end of 2021,” Iger said during Disney’s investor day in April. “And I was going to say ‘and this time I mean it,’ but I’ve said it before. I’ve been CEO since October of 2005 and as I’ve said many times, there’s a time for everything and 2021 will be the time for me to finally step down.”

Back in April, Bob Iger shared that there are plans in the works for his successor, although Disney hasn’t formally announced who that will be yet. We don’t know what The Walt Disney Company will look like without Iger as Chairman and CEO, but if Disney aims to continue its success just as we predict it will, we’re sure whoever succeeds Iger is up for the challenge.

What do you think of Bob Iger’s reign at The Walt Disney Company? Are you happy he’s retiring, or do you wish he’d continue as Chairman and CEO? Let us know in the comments!