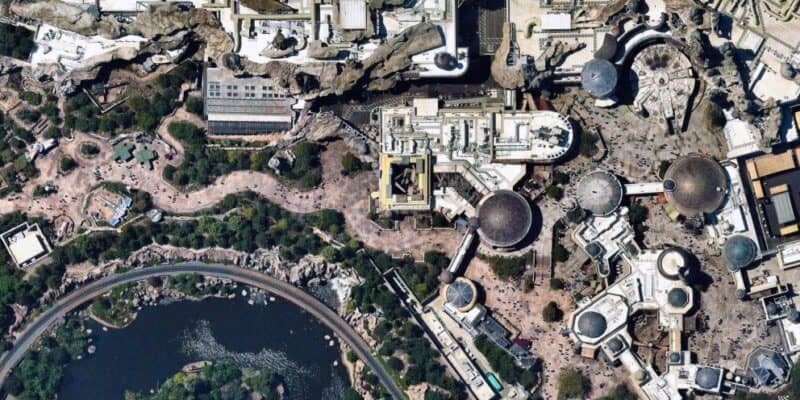 The opening of Star Wars: Galaxy’s Edge at Disneyland was thought by most to be a treacherous stampede of wild Disney fans running in all directions of the other-worldly land. However, from this new aerial photo, it seems this couldn’t be more opposite.

The image, pictured above, shows Star Wars: Galaxy’s Edge at Disneyland on the recent holiday of July 4. In the image, it’s quite obvious that the space-themed land is far from crowded. In fact, for a holiday that is generally quite popular, the area is very uncrowded.

On average, Millennium Falcon: Smugglers Run, the highly sought after attraction that premiered with the land, has seen wait times of around 60 minutes this Summer, which is vastly less from what was originally anticipated by most. Could the reason this attraction and the rest of Star Wars: Galaxy’s Edge and Disneyland is seeing shorter wait times and not as many crowds is because the park has been planning to keep the land not incredibly crowded all along?

Well, let’s look at the facts. Over the past year, Disneyland has been undergoing many physical changes as part of Project Stardust, which was designed specifically to look at park operations and better manage the flow of crowds, efficiency, and access throughout the park. As part of this project, multiple pathways and areas within the park were re-constructed specifically to better manage the flow of crowds.

Additionally, Disneyland Resort was also strategic with the addition of new attractions at Disney California Adventure as well, giving guests even more to experience at the resort. The park saw the return of Soarin’ Over California, the introduction to Mickey’s Philharmagic, the additions of Jessie’s Critter Carousel, Inside Out Emotional Whirlwind and the return of the “World of Color” nighttime show.

What are your thoughts on the small crowds in Star Wars: Galaxy’s Edge at Disneyland? Let us know in the comments below!