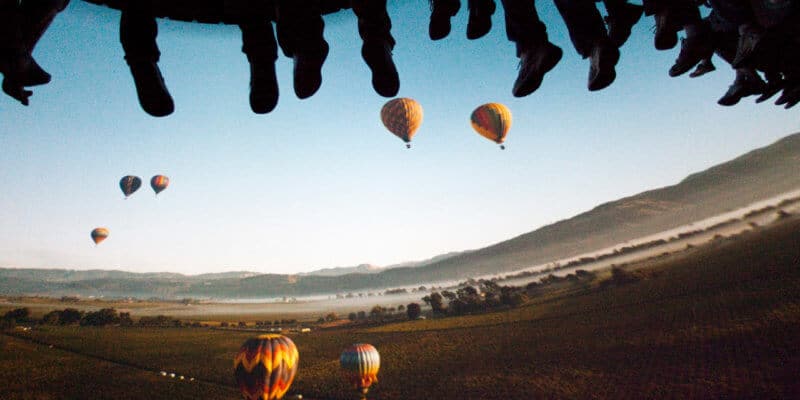 As we all know, the big news in theme parks right now is the premiere of Star Wars: Galaxy’s Edge. However, it seems another attraction may be on the horizon, one we’re all happily familiar with.

Soarin’ Over California will be returning to Disney California Adventure park at Disneyland Resort from June 1 – 30, giving guests another chance to take flight and enjoy a bird’s-eye view over the breathtaking state of California.

When the attraction re-premieres next week, guests will again get to take a virtual tour that celebrates the beauty and wonder of the Golden State from San Francisco’s iconic Golden Gate Bridge to the crashing waves in Malibu.

The attraction will raise guests high into the air and surround them by an immersive, 80-foot projection dome to simulate the peaceful motion of flight, while their senses are teased with iconic scents found throughout California.

Soarin’ Over California originally opened back in 2001 and quickly became a fan-favorite attraction at the park. In 2016, the ride became Soarin’ Around the World, taking guests over some of the many wonders of the world, including the majestic Swiss Alps and the Great Wall of China.

This attraction’s re-opening will bring a sense of nostalgia to Disneyland Resort as the happiest place on earth is seeing some of the greatest change it’s seen in some time with the premiere of Star Wars: Galaxy’s Edge, taking place only the day prior. When the intergalactic land opens May 29, it will add 14 acres of other worldly lands to the iconic theme park, including two new highly-anticipated, themed attractions and a handful of out of this world retail experiences.

Are you going to ride Soarin’ Over California at Disney California Adventure when it returns for a limited time? Let us know in the comments below!