Most Expensive Merchandise Item Available at Star Wars: Galaxy’s Edge Is $25K - Inside the Magic 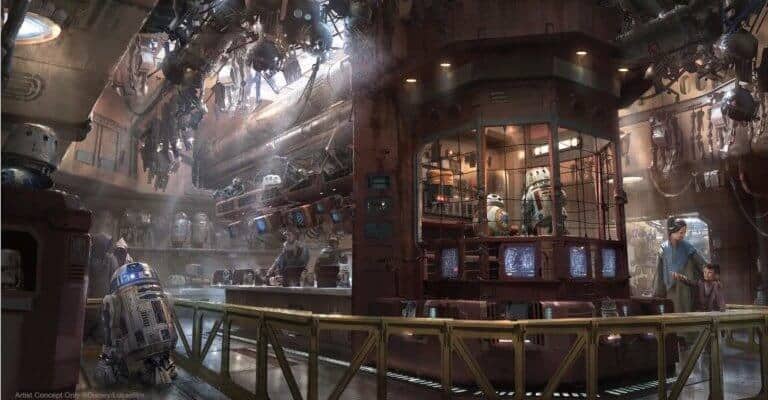 The opening of Star Wars: Galaxy’s Edge at both Disneyland Resort and Walt Disney World Resort is shattering the galaxy as fans from all over the world are already sneaking a peek at all the exciting new merchandise coming to the lands from the employee preview. As one might imagine, theme park merchandise can run you a pretty penny. However, it seems one item coming to the lands will set you back $25,000.

When Disney Imagineering created Star Wars: Galaxy’s Edge, they wanted to appeal to hardcore Star Wars fans who are incredibly dedicated to the intergalactic franchise. And to do so, Disney went the extra mile with everything going into the land, including its theme, food offerings, attractions, and most importantly, merchandise.

Most who have followed the development of the land by now probably know that the Droid Depot shop is the place to go to build custom remote-controlled droids. Most of which, will run you around $99. However, what some may not know about this new shop is one specialty item that is not only custom-built but also reported to be a highly-functioning replication of one of the most famous droids ever known: R2-D2.

According to /Film, this new $25,000 droid will be a life-sized remote control R2 droid of your choosing. Guests will be able to custom-build the unit and choose its colors, and head and make it whatever they want it to be.

/Film says this droid is no toy as it is the same kind of R2 droid that can be seen in the movies or at Comic-Con. The head moves, the droid beeps, and the lights all light up. “This is as real as it gets.”

It’s said this new toy could be the most expensive non-limited edition item ever sold in Disneyland. For $25,000, you get the droid, which features working lights, sounds, electronics, an aluminum head, wireless remote control, and a charger.

For those serious about this endeavor, be warned, this price does not include tax or shipping. Also, for those banking on their Annual Passholder or Cast Member discount, think again as neither of these can be applied to this purchase.

What are your thoughts on a $25,000 R2-D2 droid to be available for purchase in Star Wars: Galaxy’s Edge? Let us know in the comments below!