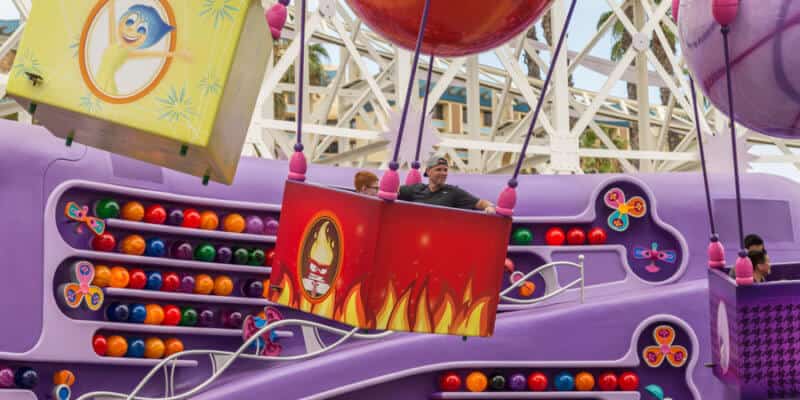 Get ready to make sense-ational new memories on your next trip to Disney California Adventure as the theme park has just opened its newest attraction: Inside Out Emotional Whirlwind!

Inspired by the hit Disney and Pixar film “Inside Out,” Emotional Whirlwind takes guests on a spin aboard one of eight Memory Movers where guests can help Riley’s Emotions of Joy, Sadness, Anger, Disgust, and Fear sort through memories being collected!

Below, you can take a look at each of the ride vehicles, which feature all of the beloved emotions.

To complement the playful atmosphere of the new attraction, Academy Award-winning composer Michael Giacchino collaborated with Walt Disney Imagineering to create five music tracks, one for each of Riley’s emotions. In addition to this all-new music, guests can also enjoy meeting Joy and Sadness at the attraction as well, who sometimes can be found near the ride. 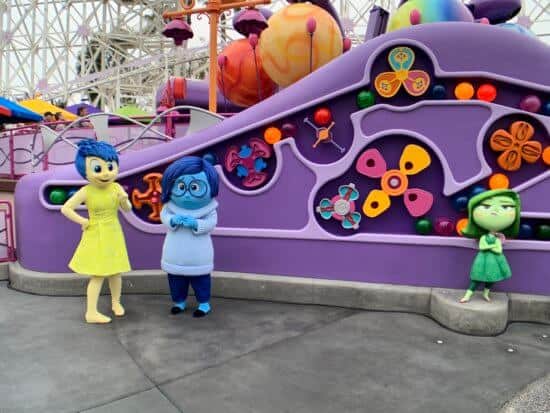 For fans of the film, you may remember this special wall (pictured below), which has been worked into this new attraction. In the film, each orb represents the memory of a particular event, which is visible and heard in playback inside the orb. Each memory is colored according to the emotion predominating at the time it was formed: yellow for Joy, blue for Sadness, red for Anger, green for Disgust and purple for Fear. The stronger the emotion, the brighter the color and the stronger the memory.

In the film, we learn that memories are formed in Headquarters by the Emotions, and they are temporarily stored on shelves before being shipped to Long Term Memory during nighttime.

To experience the attraction for yourself, be sure to head over to the Inside Out Headquarters neighborhood of Pixar Pier, which just recently celebrated its one-year anniversary! The reimagined land shares the stories and characters of Pixar films with exciting attractions, themed neighborhoods and eateries.

Will you be heading over to Disney California Adventure to experience this all-new attraction? Let us know in the comments below!