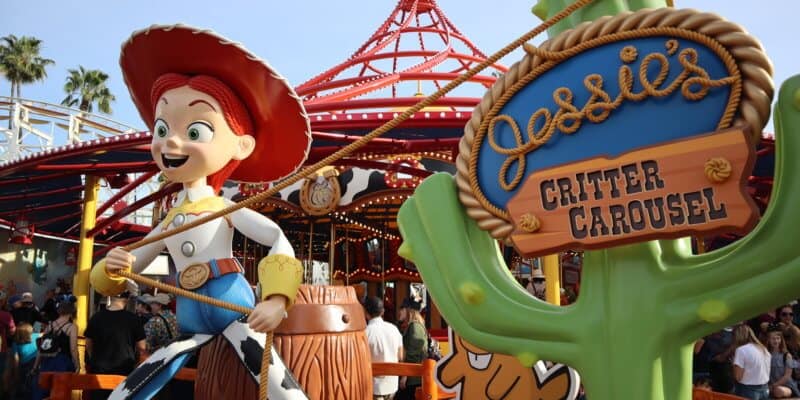 Mosey on over to a giant toy carousel starring Jessie, the yodeling cowgirl and a friendly bunch of desert critters for a rootin’, tootin’ romp. Jessie’s Critter Carousel is now open in Pixar Pier at Disney California Adventure park. This newly imagined attraction is located next to the entrance of Incredicoaster.

This new attraction is inspired by the “Toy Story” films, where you get to saddle up on a whimsical snake, armadillo, turtle, bunny and more from the world of Woody’s Roundup.

Since there is no height limit, this attraction is perfect for kids of any age. A great way to spend time with the family. The ride itself is short, with a ride time of approximately 1 min 50 seconds.

The entire carousel is very colorful, with so much detail.

What do you think of Jessie’s Critter Carousel? Let us know in the comments below.