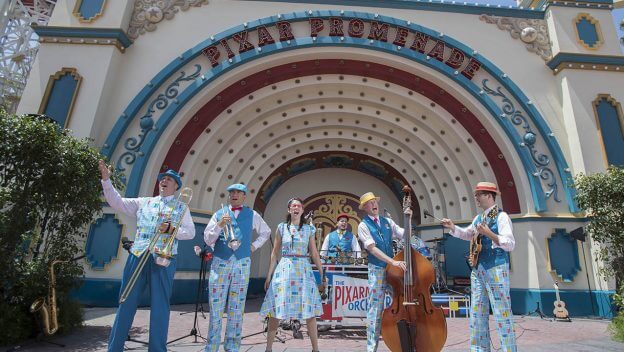 Disney California Adventure at Disneyland Resort has some Incredible new offerings for guests, thanks to the recently opened Pixar Pier. The new land, themed to all of your favorite Disney-Pixar characters, features four themed neighborhoods including the charming seaside environment of Pixar Promenade.

Disneyland Resort has released a new video that provides a tour of Pixar Promenade, including a unique dining location, an unforgettable show, several fun midway-style games and some sweet stuff.

Guests looking for a meal at Pixar Promenade will want to stop by Angry Dogs, where Anger from “Inside Out” cooks up some tasty hot dogs. Those looking for a sweet treat can head over to Bing Bong’s Sweet Stuff for an assortment of candies, souvenirs, and trinkets.

If you’re looking to test your skills, you can check out the Games of Pixar Pier, including Heimlich’s Candy Corn Toss, Wall-E Space Race, La Luna Star Catcher and Bullseye Stallion Stampede.

And finally, the focal point of Pixar Promenade is the breath-taking Pixar Pal-a-Round. This giant Ferris wheel features 24 gondolas with different pairs of Pixar pals on each.

Comments Off on VIDEO: Explore Pixar Promenade in a new video tour of Pixar Pier at Disney California Adventure