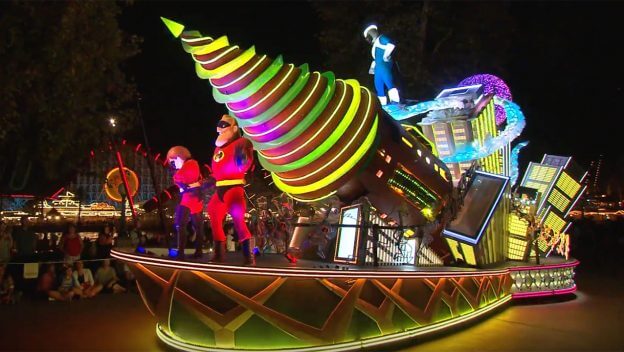 In June, the Parr family joined Paint the Night parade at Disney California Adventure with the all-new Incredibles float. This week, Disney shared a behind-the-scenes look at how the electrifying float came together over the course of several months.

Paint the Night parade travels through Disney California Adventure with upbeat music, incredible special effects, and an abundance of lights. The new float inspired by “The Incredibles” and “Incredibles 2” added Mr. Incredible, Elastigirl, Violet, Dash, Jack-Jack, and Frozone to the fun.

WATCH – BEHIND-THE-SCENES WITH THE INCREDIBLES FLOAT IN PAINT THE NIGHT PARADE:

In addition to the fun facts scattered throughout the video above, Disney shared the following tidbits about the new float:

If you haven’t had a chance to experience the full Paint the Night parade, you can view it in our video below.

For more information on Paint the Night, head over to the Disneyland Resort website.