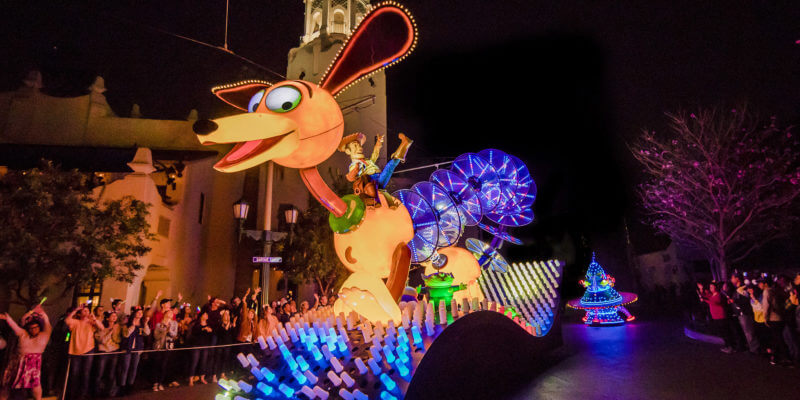 The dazzling Paint the Night parade made a return to Disneyland Resort with the start of the first-ever Pixar Fest, which kicked off on Friday, April 13, 2018. Though Pixar Fest ended on September 3, Paint the Night parade continues its limited run at Disneyland Resort until November 7, 2018. If you haven’t had a chance to experience the parade, we’ve got the scoop on what to expect during your visit.

What is Paint the Night?

The parade features characters and floats from Pixar hits like “Toy Story,” Monsters, Inc.,” “Cars,” and “Finding Nemo.” You’ll also spot plenty of other favorites from classic Disney movies, including the following:

How is the parade that debuted at Pixar Fest different from the previous version?

Not much has changed since the parade debuted at Disneyland in 2015. The Pixar Fest version is basically the same, except there is no “Frozen” float and the parade takes place in Disney California Adventure instead of Disneyland Park.

However, on June 23, a new high-energy float inspired by “The Incredibles” and “Incredibles 2” joined the parade just in time for the opening of Pixar Pier. Mr. Incredible, Elastigirl, and Frozone show off their superhero skills by taking on the Underminer. Violet, Dash, and Jack-Jack also display their unique powers through the magic of visual technology.

WATCH – THE INCREDIBLES FLOAT FIRST APPEARANCE IN PAINT THE NIGHT AT DISNEYLAND RESORT:

To see the previous version of the parade, take a look at our video below.

What’s special about Paint the Night?

According to Disney, the parade requires more than 200 “universes of control” to operate the videos and lights on individual costumes. The show also includes more than 1 million sources of light, and Disney custom developed the 500 strobes used in the parade. 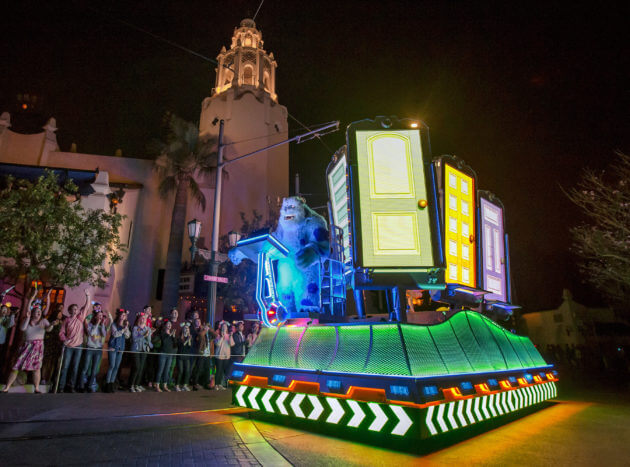 What else should you know about the parade?

Dining packages are available through Carthay Circle Restaurant and Wine Country Trattoria. With these options, you can enjoy a meal and receive a voucher to watch Paint the Night from a reserved viewing area. For more information, visit the Disneyland website.

You can also opt for the Sonoma Terrace Paint the Night Reception. Each package includes a charcuterie tray served with wine, beer, Coca-Cola or other non-alcoholic beverages, plus boxed truffles to enjoy later. You’ll also get reserved seating in the preferred viewing area. For more information, visit the Disneyland website.

Other fun facts about the parade: 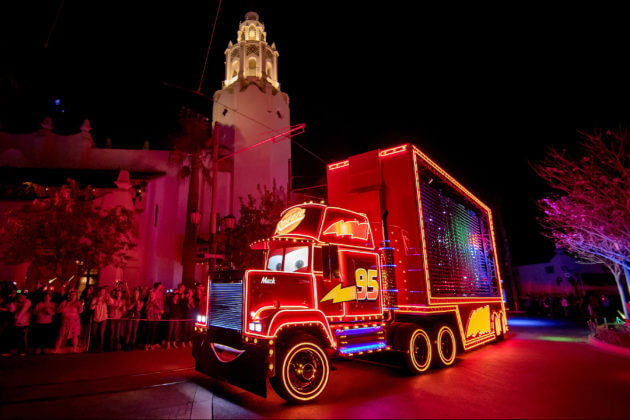 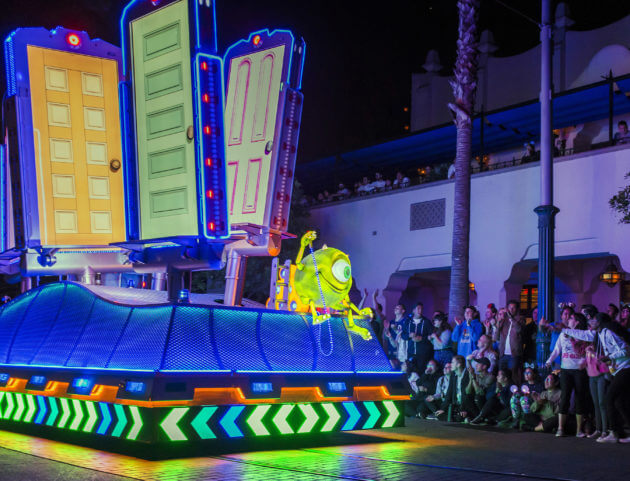 For even more from Pixar Fest, be sure to watch Episode 2 of our ongoing series “Inside Disneyland Resort.”

For more information on Paint the Night, visit the Disneyland Resort website. For more of our Pixar Fest coverage, click here.