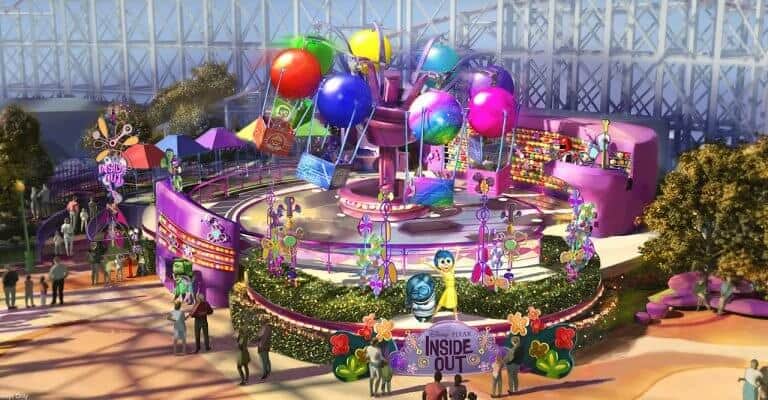 On the eve of the grand opening of Pixar Pier at Disney California Adventure, Disneyland Resort has confirmed another rethemed attraction and announced its official name. Inside Out Emotional Whirlwind set to debut in 2019, which by the new concept art released today does appear to be an overhaul of the existing Flik’s Flyers ride (to be moved over from the soon-to-be-departed A Bug’s Land) will anchor Pixar Pier’s previously-announced Inside Out Headquarters neighborhood.

Located on the western end of the pier, the lush and colorful Inside Out Headquarters will be the future home of Inside Out Emotional Whirlwind! Making its Pixar Pier debut in 2019, this whimsical family-friendly attraction inspired by “Inside Out” will be—not surprisingly—full of emotions. 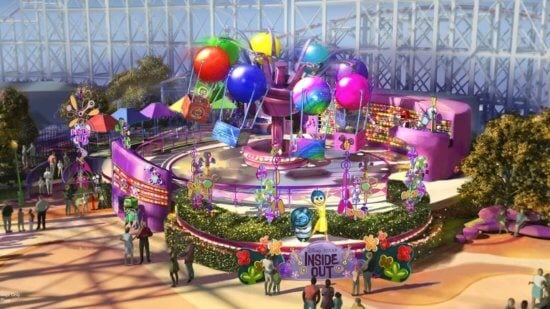