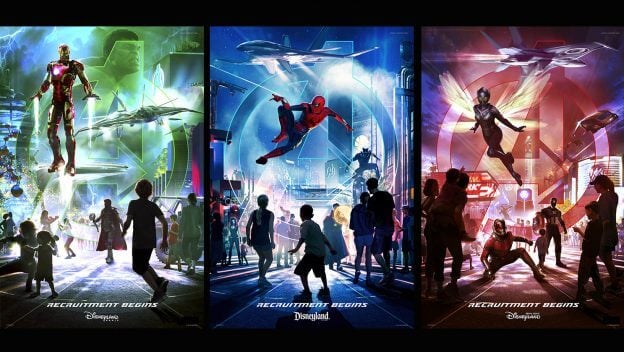 Back at D23 Expo 2017 last summer, Disney announced an immersive new Marvel-themed land coming to Disney California Adventure at Disneyland Resort. Teamed with the Marvel attractions coming to Disneyland Paris and Hong Kong Disneyland, Disney has a lot of superhero work to do in the coming years.

In order to make room for the new Marvel-themed land, “a bug’s land” will be closing later this year. At Walt Disney Studios Park in Disneyland Paris, a “reimagined attraction where riders will team up with Iron Man and their favorite Avengers on a hyper-kinetic adventure” is planned to open in 2020. And finally, the multi-year expansion continues at Hong Kong Disneyland. This will include a new themed land that will feature an exciting new attraction in which guests team up with Ant-Man and the Wasp. Which new Disney Parks Marvel-themed land are you most excited for? Let us know in the comments.