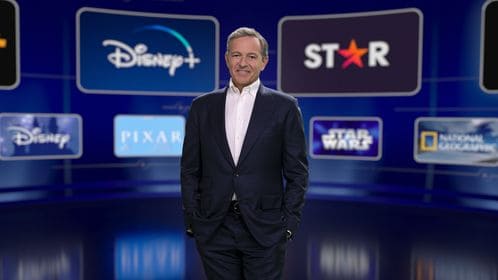 A recent report from CNBC stated that one executive admitted there are “internal wagers at Disney about Iger returning” as CEO. This news comes after the backlash that current CEO Bob Chapek has received these last two years.

Despite these rumors, it seems as though Bob Iger is not planning to return as CEO of The Walt Disney Company, as in a new interview, he brought up starting a “blank canvas” and said he does not want to commit to anything for at least six months after retirement.

During the interview, Iger spoke out on Bob Chapek, the current Disney CEO, and how “change is good”:

“Look the world is changing dramatically and it’s important for the CEO of the company to address all of those changes rapidly, Bob [Chapek] is going to address them probably differently perhaps than I may have, but that’s neither good nor bad. I think generally speaking, change is good. Change isn’t necessarily bad.”

When Iger was asked what the future holds when he officially steps away from The Walt Disney Company in the next few days, he said:

“When this dream finally ends, you know, I worked really full time since I was 23 years old and I’m going to be 71. Working in the jobs that I’ve had, CEO and Chairman, were taxing from a time perspective, never in terms of my energy or my enthusiasm. It’s time for me to have a blank canvas so to speak, to be forced in a way to be a little bit more imaginative with my time.

I plan to write another book […] and I’ll do some speaking, and I’ll see where life takes me. I have been advised by some who have stepped down from high office, including President Obama, ‘do not’, he said, ‘do not make any decisions for six months’.”

What’s next for Bob Iger after more than 47 years at Disney? “It’s time for me to have a blank canvas,” he tells @davidfaber. pic.twitter.com/nqbaqJluPQ

If you were not aware, Bob Chapek took on the role of CEO of the Walt Disney Company after Bob Iger stepped down in early 2020. Ever since Chapek became Disney CEO, there has been a ton of backlash from fans on how he is handling the role, including the creation of a petition asking Disney to fire him, which has gained over 84,000 signatures.

Were you hoping to see Bob Iger return as Disney CEO? Let us know in the comments below.