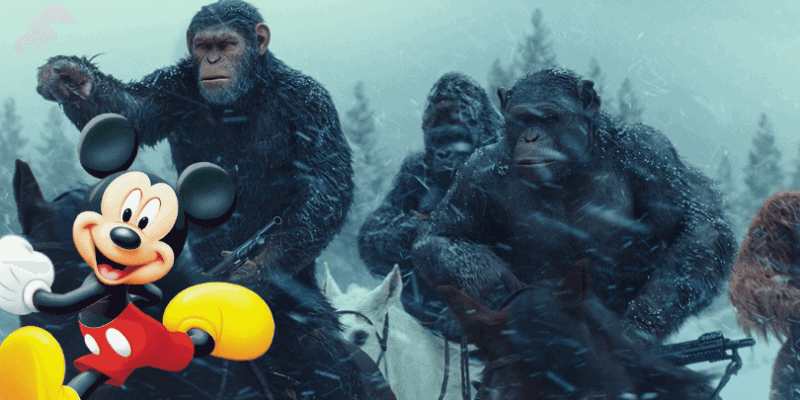 Fans everywhere were happy to find out all of the shows and films Disney will continue after the company’s acquisition of Fox. But as of this week, it looks like there’s another film series The Walt Disney Company has big plans for: “Planet of the Apes.”

If you aren’t familiar, the “Planet of the Apes” film series takes place in a world in which humans and highly intelligent apes clash for control. The films tackle issues of race, animal rights, and politics while still remaining science fiction. They have a niche fan base, but with the right team in front of and behind the camera, they have the potential to continue to be watched by future generations, which may be why Disney is so interested in continuing the “Apes” story.

Chairman and CEO Bob Iger shared the news during this week’s shareholder meeting for Disney investors, and many report that Iger made it clear that, for the foreseeable future, The Walt Disney Company plans to continue the current prequel series to “Planet of the Apes.” While we don’t know a lot of details yet, many fans of the furry primates would be happy to know that the “Planet of the Apes” films aren’t getting cut from Disney’s project slate anytime soon.

The “Planet of the Apes” is one of many live-action Fox films Disney is excited to get their hands on after the company merger. From continuing James Cameron’s “Avatar” franchise to creating entire reboots of “Home Alone” and “Night at the Museum,” The Walt Disney Company has big plans for the live-action films formerly helmed by Fox. Some may be surprised by Disney’s eagerness to take on Fox movie franchises that have previously had less than stellar performances at the box office, but according to Iger, the company is confident they can turn what were once lackluster films into big box office successes.

“One of the biggest issues was the Fox studio performance which was well below where it had been and well below where we hoped it would be when we made the acquisition…It will probably take a solid year, maybe two years, before we can have an impact on the films in production. We’re all confident we’re going to turn around the results of Fox live-action.”

We’re not sure what direction Disney will take the “Apes” films, nor do we know anything more than the fact that the company is interested in continuing the franchise. But with Disney’s talented team behind these movies, we’re sure they’ll be worth seeing.

What do you think of Disney’s decision to continue the “Planet of the Apes” series? Let us know in the comments!