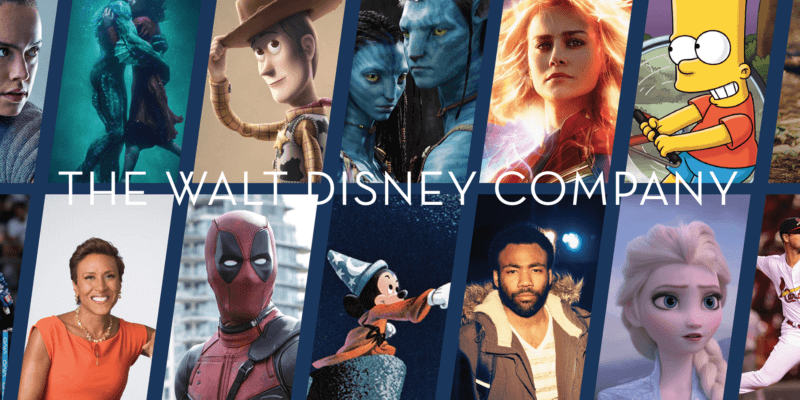 In one of the largest mergers in the history of American media, The Walt Disney Company and many assets of 21st Century Fox have officially been combined in a $71.3 billion purchase that’s left Disney with a whole new world of properties ranging from television, movies, streaming, international and more. Here is a rundown of the many media assets Disney now owns.

Now that Disney has acquired Fox’s TV productions, the company owns Twentieth Century Fox Television, FX Productions, and Fox21. From the acquisitions of these companies, Disney now holds some of Fox Television’s highest viewed television shows, including “The Americans,” “This Is Us,” “Modern Family,” and “The Simpsons.” In the purchase of assets, Disney also took hold of the company’s many networks, including FX Networks and National Geographic.

Some of the world’s biggest movie franchises and studios were owned by Fox, which Disney has now taken command of. The companies included in the massive purchase include Twentieth Century Fox, Fox Searchlight Pictures, Fox 2000 Pictures, Fox Family and Fox Animation. To name just a few of the blockbuster films that came out of these companies, Disney now owns the “X-Men,” “Avatar,” and “Ice Age” franchises.

Now that Disney has taken hold of Fox, the company has also taken hold of its stake in Hulu, which was originally shared by another major network, NBC (Comcast). However, Disney has now taken 60% ownership in the service after receiving Fox’s share in the company, with NBC still sitting at 30% and AT&T (owned by Time Warner) with 10%.

According to ABC News, even though Disney plans to release its own streaming service later this year, the company still plans to continue providing content for Hulu with its Fox-owned content. As part of the plan, the company plans to keep its more family-oriented Disney programming for Disney+.

Disney did let go of its bid for Fox’s stake in Sky during the merger. However, Disney will get other international properties from Fox, including Star India, a major Mumbai-based media company with dozens of sports and entertainment channels, Tata Sky, an Indian satellite TV provider, and Endemol Shine Group, a Dutch-based media company.

As we all know, Disney has included an incredible amount of its TV and film franchises in its theme parks located all around the world. Some of these theme parks can be found in California at Disneyland and in Orlando at Walt Disney World. Other parks found around the world include Disneyland Paris. Some of these many franchises include “Pirates of the Caribbean,” “Star Wars,” and “Guardians of the Galaxy.””

But now, since the company has taken over so many Fox assets, it will be able to expand into franchises that for the longest time were out of reach in its parks. What franchises could we see in the Disney Parks, you ask? This idea seems fairly far down the road. However, you never know, someday in the future, your trip to Disney Parks could include a character meet and greet with Homer, Bart and the rest of “The Simpsons.”

What are your thoughts on Disney’s acquisition of all of these major media companies? Let us know in the comments below!