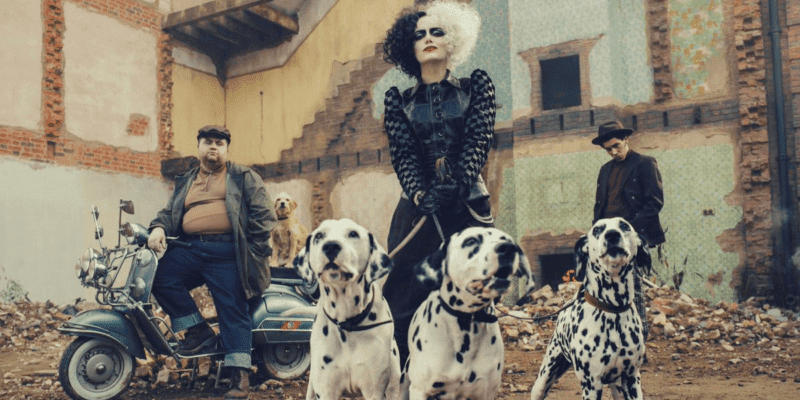 Just what is it that we love to hate so much about the evil fashion designer-turned-villain? It’s hard to say, but we don’t hate anything about Disney’s upcoming live-action film “Cruella” that takes a look at the events that took place that made Cruella so cruel.

Well, except for the fact that we’ll have to wait until 2021 to see it. When Disney first announced the film, they said that it would be released in December of 2020, but recently the studio recanted that release date and instead said we’d have to wait until May 28, 2021.

We also love that Oscar winner Emma Stone will play the role of a young Cruella de Vil.

It has also been confirmed that Emma Thompson will have a role in the film, but we aren’t sure what role she will play. Some wonder if she’ll be playing the role of the older Cruella.

Joel Fry and actor/comedian Paul Walter Hauser have also been confirmed as actors in the film.

If the storyline of “Cruella” mimics that of “Maleficent” in any way, the film will no doubt delve deeper into the character of Cruella de Vil and aim to tell the story of how she became a crass, evil-spirited fur-wearing puppy-hater.

According to The Hollywood Reporter, Disney made the official announcement that the new project will be a “live-action prequel feature film following a young Cruella de Vil.” This exciting origin story will be set in the early 1980s and have a “punk vibe” feel to it. (Cruella was young in the 1980s??)

And as far as the 101 dalmatians we know from the animated feature, the story is set before Cruella meets Perdita and Pongo’s litter. But we’re hoping to get a sense of how Cruella and Anita Radcliffe, Perdita’s owner, came to know each other.

The director of “Cruella” will be Craig Gillespie, known for “I, Tonya” (2017). Early drafts of the film were penned by Aline Brosh McKenna, known for “The Devil Wears Prada,” but screenwriter Kelly Marcel has taken over that role. You may recognize her name from the credits for “Fifty Shades of Grey.”

Other screenwriters to move into position and work on “Cruella” include one of the writers for “Ford v. Ferrari,” Jez Butterworth and Tony McNamara (“The Favourite”), among others.

The film is shooting in London, England.

Are you looking forward to seeing “Cruella,” or are you a little tired of Disney’s live-action remakes (or additions) to classic Disney films? Let us know in the comments section below!