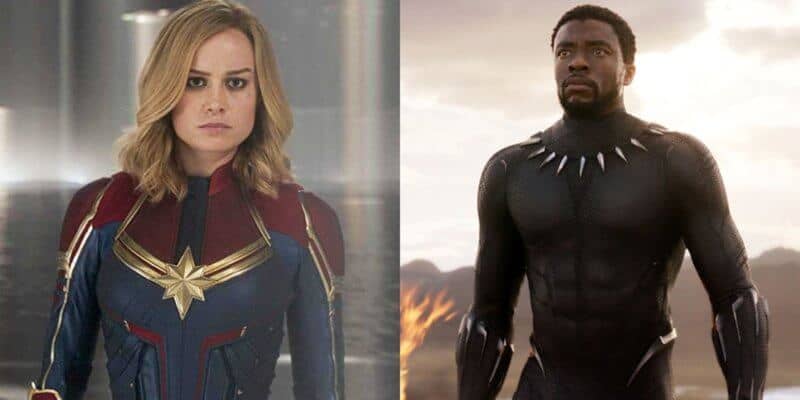 Kevin Feige has become the face of Marvel Studios. The filmmaker has personally had a hand in crafting the Marvel Cinematic Universe as we know it today. But, apparently, that almost wasn’t the case and there was a real fear that the powers that be would rather fire him than see him push stories which brought in more female superheroes and more diversity all around.

Mark Ruffalo explained the situation in a fiery interview with The Independent.

When we did the first Avengers, Kevin Feige told me, ‘Listen, I might not be here tomorrow.’ [He was going to talk to Disney about the issue of why there were no female superhero movies.] And he’s like, ‘Ike [Isaac Perlmutter, Disney’s largest shareholder at the time] does not believe that anyone will go to a female-starring superhero movie. So if I am still here tomorrow, you will know that I won that battle.’

Spoiler Alert: Feige did win that battle and he has won sequential battles after that, slowly but surely convincing those above him to greenlight more diversity. It has taken over 20 films but Marvel Studios has come a long way from Pepper Potts and War Machine in Iron Man 2.

Because Kevin wanted black superheroes, women superheroes, LGBT superheroes. He changed the whole Marvel universe. We now have a gay superhero on the way, we have black superheroes, we have female superheroes – Scarlett Johansson has her movie coming out, we have Captain Marvel, they are doing She-Hulk next. No other studio is being that inclusive on that level. [Smiles] They have to, though. This is the fucking world.

The world will now get a Black Widow movie, a second Black Panther film with Chadwick Boseman and Lupita Nyong’o, and more!

Related: Kevin Feige on Disney buying Marvel: “The greatest thing that ever happened to us.”

Before everyone continues to cry “racist!” on social media, there is more at play than that. The powers that be think with their wallets. They think “convince us this will make us money.” What’s the easiest way to do to convince them? Examples of past success. But when Feige went to pitch Marvel’s future back in 2008, there was no real past success. At least, not enough to make his case easy.

Diversity’s all well and good, but can diversity make money? We the fans obviously think so because we have real-world common sense. But, when you only look at Xcel sheets of concrete numbers from past films and maybe some current polls–like these guys–it doesn’t make much sense.

Marvel is doing groundbreaking work. There was no real equivalent to movies like Black Panther or Captain Marvel that Feige could utilize to prove to the investors “Hey! This can work!” And yet, Feige was able to convince them.

Feige had every reason to fear the loss of his job. Why would the boys holding the purse strings keep funding this wacko who wanted to make comic book movies where a black superhero or a woman superhero took center stage? Let along an openly gay character that we’ll see in The Eternals! They could have gotten someone else who stuck with the proven formula. Yet, they took the risk, and it’s paying off.

So, if you think Marvel isn’t introducing more diverse characters fast enough, and they are giving in to the racists and misogynists, have patience. Feige is playing the game he has to play to make the necessary changes, and he’s winning. Buy a movie ticket instead of tweeting and truly help prove him right.