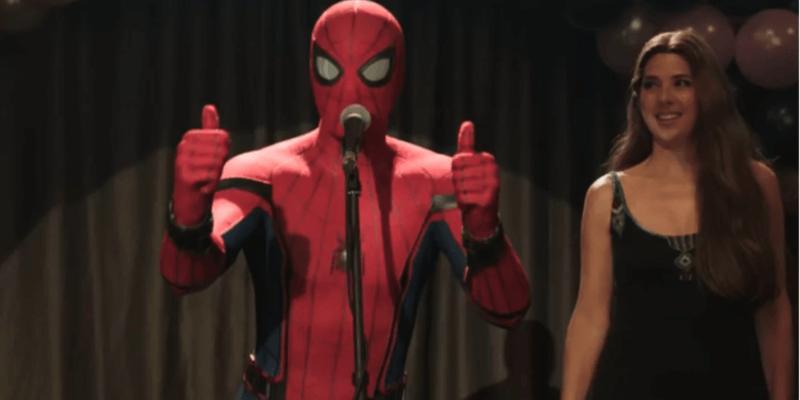 Every Marvel fan knows the story by now. Earlier this year, everyone gave up hope and began to accept that Spider-Man was out of the MCU. Then Tom Holland had an emotional call with Disney CEO Bob Iger. The actor inspired Iger to get Sony back on the phone and make the deal for everyone.

There’s just one thing: It turns out Holland had a little liquid courage before talking with Iger.

While appearing as a guest on Jimmy Kimmel, Tom shared the story. He said that after a depressing appearance at this year’s D23 Expo in Anaheim, he wrote Iger an email expressing his gratitude, Iger suggested the two of them jump on a call together. Holland agreed, but Iger did not have the best timing.

Holland explained, “My family and I went to the pub quiz in our local town. We’re doing a quiz and I’m like, three pints in, haven’t eaten much, and I get a phone call from an unknown number… I basically just said thank you for the opportunity and then he said, ‘There’s a world in where we can make this work.'”

Holland admitted to getting emotional on the call, telling the CEO he felt Spider-Man in the MCU “was call coming to an end.” We all know that after the call, Iger got Sony Chairman Tom Rothman back on the phone, and this world became that world where they could make it work.

But we have one more person to thank: Tom Holland’s dad. Tom admitted to not wanting to take the call in his condition, and his father was the one who convinced him to pick up the phone despite everything. That’s something to remember the next time you get a call out of the blue. It might be inconvenient, but who knows what kind of effect it can have on your life.

Tom Holland’s third Spider-Man film has a slot in the MCU’s Phase Four lineup slatted for a 2021 release.

What do you think of this part of the story? Do you think it makes it better? Let us know in the comment!