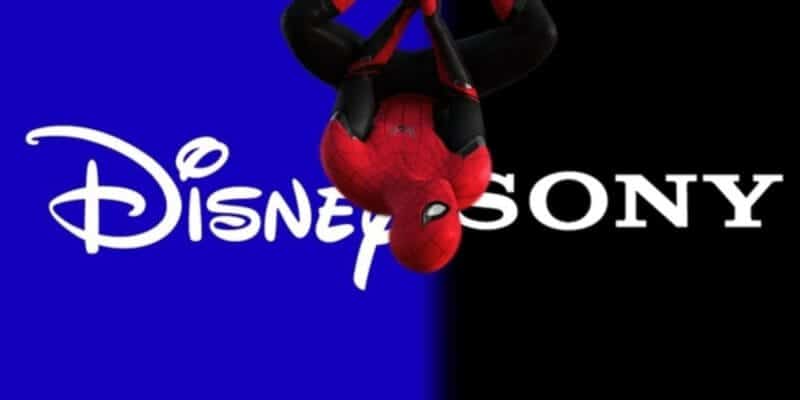 Fans around the world were pretty upset by the announcement that Spider-Man would be leaving the Marvel Cinematic Universe after Disney and Sony couldn’t reach an agreement. And those same fans were equally thrilled to find out that the deal was back on, thanks to Spider-Man himself, Tom Holland. But recently, Disney and Sony executives shared that it wasn’t just Holland who played a role in getting Disney and Sony back together — the Marvel fans led to the Spider-Man deal, too.

The Hollywood Reporter recently hosted a roundtable of the top seven film executives, including Tom Rothman of Sony and Alan Horn of Disney. During the roundtable, the two shared more details on the Spider-Man deal — including their opinion on fan involvement. Here’s an excerpt from the interview:

THR: Alan and Tom, you recently had a little dispute over Spider-Man. What was the one thing above all else that resolved that standoff over Marvel producing the next Sony installment?

Horn: “The fan base, which is important to all of us, seemed to really respond to what Tom and his folks have done before with our people. They like the fact that the Marvel Cinematic Universe and Kevin Feige were involved [in the two Spider-Man films]. We heard feedback out there that suggested that joining forces once again was probably really a good idea.”

THR: Will this partnership continue after the trilogy? Tom, you’ve shown you can do Spider-Man without Marvel on the animated film Spider-Man: Into the Spider-Verse.

Rothman: “Yes, we have. But I agree with my distinguished colleague. This was a classic win-win-win. A win for Sony, a win for Disney, a win for the fans. The only thing I would say is that news cycles and the rhythm of negotiations do not necessarily overlap. And this is, in the words of Shakespeare, a consummation devoutly to be wished. We would have gotten there, and the news got ahead of some things.”

There you have it, folks. At least from Sony and Disney’s perspective, it looks like fan feedback regarding the future of Spider-Man and future Spider-Man movies really did play a part in the deal getting resolved. And now, we can look forward to multiple new films featuring Holland’s Peter Parker. So Marvel fans, you’re our hero!

Marvel fans won’t have to worry about any shortage of entertainment in the future. Holland’s third Spidey-centered film, Spider-Man 3, is expected to hit theaters on July 16, 2021. Marvel Studios also has plenty of other projects in the works, including Black Widow hitting theaters on May 1, 2020, The Falcon and The Winter Soldier coming Fall 2020, The Eternals debuting on November 6, 2020, Shang-Chi and the Legend of the Ten Rings on February 12, 2021, WandaVision and Loki coming Spring 2021, Doctor Strange in the Multiverse of Madness on May 7, 2021, What If…? in Summer 2021, Hawkeye in Fall 2021, Thor: Love and Thunder hitting theaters on November 5, 2021, and Black Panther 2 on May 6, 2022.

There’s also plenty of Marvel content coming to Disney+, with series including Ms. Marvel, Moon Knight, and She-Hulk, although we don’t yet have release dates for these.

What do you think of the Disney-Sony deal? Are you happy Spider-Man is staying in the MCU? Let us know in the comments!