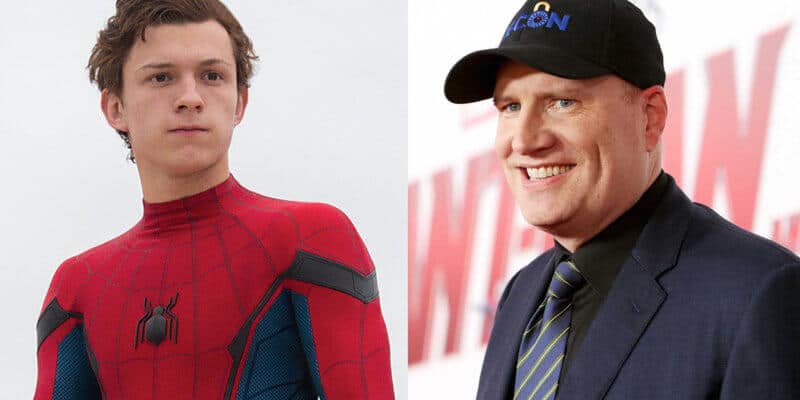 In a shocking turn of events for many die-hard Marvel and Spider-Man fans, Sony and Marvel have announced that they will be producing a third Spider-Man film together — produced by Kevin Feige and starring Tom Holland.

Sony Pictures and Marvel Studios announced together on Friday that Marvel and president Feige will be producing a third installment in the “Spider-Man: Homecoming” film series. The movie will star Holland as Spider-Man once again, much to the happiness of Spidey and Holland fans worldwide who were more than a little disappointed when it was first announced that Feige was axed from the Spider-Man franchise.

However, rumors began circulating this week regarding a possible new agreement being reached by Sony and Marvel. And with all the publicity our favorite web slinger has gotten lately — have you seen the Daily Bugle? — we’re not too surprised to be hearing this good news today. The third film, which was foreshadowed heavily in “Spider-Man: Far From Home,” is set to hit theaters on July 16, 2021. And since an agreement has been reached, Spider-Man will also be appearing in future Marvel Studios films.

“I am thrilled that Spidey’s journey in the MCU will continue, and I and all of us at Marvel Studios are very excited that we get to keep working on it,” stated Feige. “Spider-Man is a powerful icon and hero whose story crosses all ages and audiences around the globe. He also happens to be the only hero with the superpower to cross cinematic universes, so as Sony continues to develop their own Spidey-verse you never know what surprises the future might hold.”

Amy Pascal, who produced the first two Holland-led Spider-Man films, will also produce this third one. “This is terrific,” she stated.. “Peter Parker’s story took a dramatic turn in ‘Far From Home’ and I could not be happier we will all be working together as we see where his journey goes.”

Earlier this summer, we heard that Disney and Sony hadn’t been able to reach an agreement about finances as they relate to “Spider-Man.” At the time, it was reported that Disney wanted the film’s finances to be split 50-50, and Feige would remain in a consulting producer role. Sony didn’t like this, and it resulted in news breaking that the two companies had divorced, and Sony had custody of Spider-Man.

At the time, it’s believed that the arrangement will stay the way it was before the two companies had disagreed. So the current terms are reportedly that Marvel receives around 5% of first-dollar gross as well as all merchandising revenues.

We know we aren’t the only Spider-Man fans who are thrilled to hear that Sony and Marvel have put aside their differences to bring Peter Parker back to the big screen together. We only wish the third movie would hit theaters sooner, but we know it will be worth the wait.

What do you think of Sony and Marvel’s Spider-Man announcement? Let us know in the comments!

Comments Off on Sony & Marvel make up: Spider-Man back in the MCU