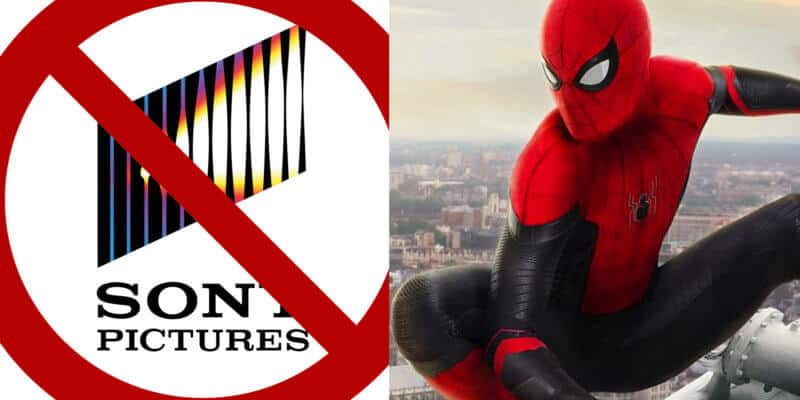 After it was revealed yesterday that Sony has officially split with Kevin Feige and Disney on future “Spider-Man” universe films, fans took to Twitter to express their grief. Some are even calling for a boycott of Sony, which is a hashtag that went trending on Twitter.

News first broke of Sony ending its long-standing deal with Disney on the “Spider-Man” films yesterday when it was revealed that the companies couldn’t come to an agreement on the co-financing of the series’ future movies. This brought a lot of sadness and even some hate to Sony on social media with hashtags of #BoycottSony #SaveSpidey and #SaveSpidermanFromSony.

Below is a look at some of the fans who begged to get #BoycottSony trending to make their sadness known to the major movie company.

Can we PLEASE get #BoycottSony trending please I just want my Spidey back in the MCU!!! pic.twitter.com/SmmPJXe3wX

Let’s make #boycottSONY go #trending! I can’t believe the stupidity of Sony pulling @SpiderMan from the MCU. Let’s see how their stock holds up. pic.twitter.com/xncasVmEMy

One Tweet using the hashtag called for the help of a Marvel Cinematic Universe star to help spread the word online. Twitter user Al Baker asked Chris Evans, who most famously portrayed “Captain America” in the MCU, to lend some of his star power to the cause.

Hey @ChrisEvans can you help get this trending? #BoycottSony #SaveSpiderMan

Others asked for Sony to reverse their decision to exit their partnership from Disney and to keep Kevin Feige and Marvel Studios a part of the web-slinging production.

There’s a reason #boycottsony is trending, @SonyPictures You still have time to take it back.

Under the hashtag #SaveSpideyfromSony, fans came off a bit threatening to the movie studio.

Late last night, Sony released a statement on the subject revealing their “disappointment” over the fallout. In it, they claimed the cause of the split to be Kevin Feige’s recent additions of projects, which they say would keep the Marvel Studios President too busy. However, other sources claim it mostly came down to the money.

What are your thoughts on Sony pulling out of their deal with Disney to co-produce the “Spider-Man” films? Let us know in the comments below!