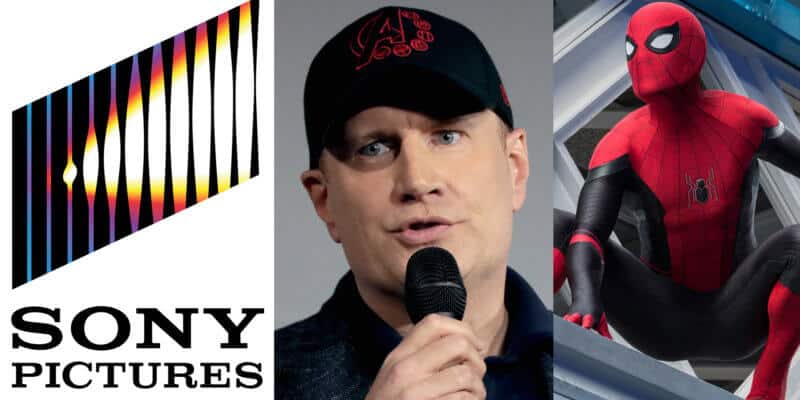 Yesterday, major news broke of the current state of the Sony “Spider-Man” universe and its cut ties with Kevin Feige and Disney’s Marvel Studios. Last night, Sony gave their take on the split, which they say they are “disappointed” over.

Late last night, Sony issued a statement saying: “Much of today’s news about Spider-Man has mischaracterized recent discussions about Kevin Feige’s involvement in the franchise. We are disappointed, but respect Disney’s decision not to have him continue as a lead producer of our next live action Spider-Man film. We hope this might change in the future, but understand that the many new responsibilities that Disney has given him – including all their newly added Marvel properties – do not allow time for him to work on IP they do not own. Kevin is terrific and we are grateful for his help and guidance and appreciate the path he has helped put us on, which we will continue.”

Kevin Feige has taken on a lot over the past few months as Marvel Studios just recently unveiled their next phase of the Marvel Cinematic Universe. Additionally, it was revealed that Feige has also taken over X-Men and other previously Fox-owned franchises, which he is expected to be developing into future projects for the company.

As to whether or not Feige wouldn’t be able to juggle “Spider-Man” into this new mix is unknown. However, from the terms of this fallout between the companies, it seems to be more about the dollar than time management.

According to Deadline, sources revealed if Sony would have agreed to Disney’s terms, Marvel and Feige would not have withdrawn from the “Spider-Man” films.

In the statement, Sony does state “We hope this might change in the future,” which could mean a possible reunion of the two companies at some point. This recent split occurred after several months of negotiations between Sony and Disney–to which the companies could not come to a mutual agreement.

This could be a telling sign for the company of how unpopular of a decision this might have been. Two stand-alone films are still in the works for Tom Holland’s “Spider-Man.” Although, it’s unknown if the absence of Kevin Feige and Marvel Studios will account for lesser return on these “Spider-Man” films in the future for Sony.

What are your thoughts on Sony’s decision not to take Disney’s deal, cutting their ties with Marvel Studios’ involvement in “Spider-Man”? Let us know in the comments below!