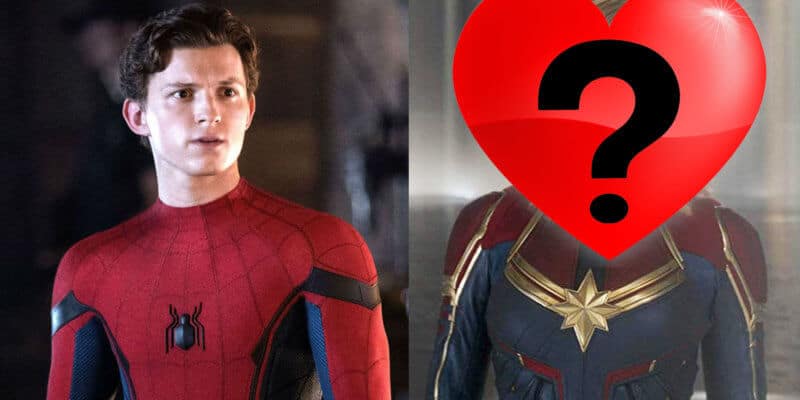 Your favorite web-slinging hero might be setting his eyes on someone other than MJ in the Marvel Cinematic Universe. In fact, it might be someone possibly more powerful than him: Captain Marvel!

As most Marvel fans know, the Spider-Man we all know and love from Marvel Comics has only ever had two real loves in his existence: both Mary Jane and Gwen Stacy. However, in Sony’s most recent iteration of the film franchise, Peter Parker has been exploring a new relationship with a girl by the name of MJ (not to be confused with Mary Jane.) Could the character move in an even farther different direction in a new romance with Captain Marvel?

According to a new theory by Cheat Sheet, it’s believed that Tom Holland’s Spider-Man might be developing a “schoolboy crush” on Captain Marvel in the untitled “Captain Marvel 2.” The new theory comes after rumors swirled online that Spider-Man could be featured in the next “Captain Marvel” film, which led Cheat Sheet to consider some possibilities of why the friendly neighborhood hero would be making the cameo?

For those who haven’t yet forgotten the epic finale film “Avengers: Endgame,” you might remember a small clip in which the two superheroes interact for a brief second. It was when Captain Marvel arrives at the final battle and gets the Infinity Gauntlet from Parker.

This, of course, was there only real time interacting during the film. However, Cheat Sheet’s theory also points out the fact that Peter Parker and Carol Danvers went on a date in the Ms. Marvel #47 comic. The date went poorly. Although, it was revealed that Danvers had feelings for Parker.

Of course, this possible plot twist in the Marvel Cinematic Universe is only a rumor and should be taken with a grain of sand. However, it would be something to think of these two characters together. Imagine if they had kids?

What are your thoughts on this possible theory of Spider-Man and Captain Marvel dating in the Marvel film universe? Or the idea of them having children? Let us know in the comments!