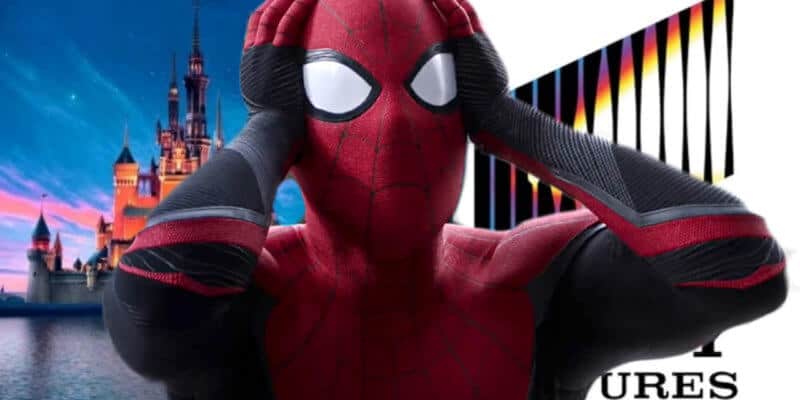 These past few months have been quite hectic for the web-slinging Spider-Man character as only several weeks ago was it revealed that the superhero portrayed by Tom Holland would no longer appear in the Marvel Studios cinematic universe–only to then be reinstated thanks to a new deal by Disney and Sony Pictures. Now, it seems Disney may be ready cut Sony completely out of the picture by purchasing the friendly neighborhood crime fighter in what could be a very expensive new deal.

According to a new report circulating around the inter webs, it seems Disney might be ready to fork up major money to Sony for Spider-Man. Allegedly, somewhere ranging in the $4 to $5-billion-dollar range.

In a recent report by Geekosity by scooper Mike Sutton, he shares: “While rumors have circulated before the Sony-Disney dispute of such a purchase, it was mere speculation, especially the erroneous high number that was quoted. What I’m hearing is that Disney is looking to offer in the range of $4 to $5 billion for Spider-Man. But now the questions will be asked.”

Judging from all of the issues Disney has encountered with Sony over Spider-Man in just the past few months alone, the idea of the company wanting to purchase the superhero is not too far-fetched. The character is beloved by Marvel Cinematic Universe fans everywhere and its stand alone movie franchise has also been a major financial success at the box-office for Sony.

Although, what Marvel Studios has rumored to have planned for the character seems to go deeper than only a spot in future cross-over Avengers films or another stand-alone movie in the Spider-Man universe. According to a rumor from YouTuber Scooper 3 Buck Theater, there is speculation that Marvel Studios wants Tom Holland’s Spider-Man to lead a group of younger avengers that rise up to take the place of the former team.

At this time, these are all rumors as Disney has not commented publicly on any plans of purchase for the cinematic Spider-Man character from Sony Pictures. Additionally, Marvel Studios has not revealed any future plans for the Marvel superhero within the Marvel cinematic film universe. This rumor also states that Brie Larson’s Captain Marvel would rise up to lead an all-female team of Marvel superheroes, which were first teased in “Avengers: Endgame.”

What are your thoughts on the possibility of Disney purchasing the Spider-Man character outright from Sony Pictures? Let us know in the comments!