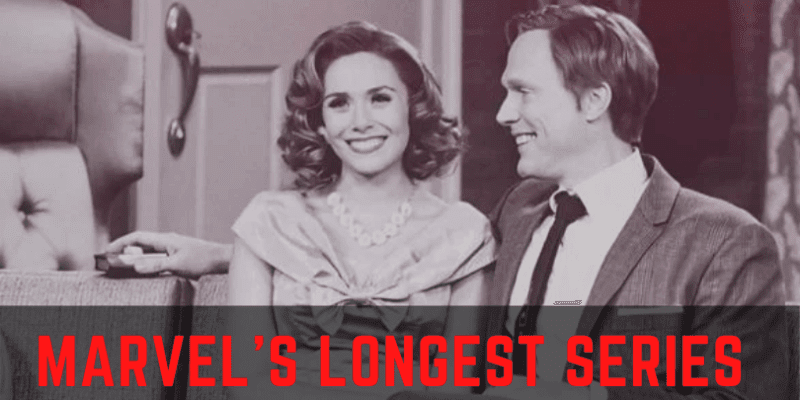 WandaVision, the anticipated Marvel Studios TV series appears to have extended its episode count from six to nine, according to a report by MCU Direct.

We previously reported that the Disney Plus series will apparently be released in halves thanks to the ongoing effect of the pandemic, but now it seems that the Elizabeth Olson – Paul Bettany series is back on track, and potentially with even more content than we first thought.

Marvel‘s WandaVision to allegedly have a nine-episode run

Initially, it was announced that the upcoming Disney+ series was to run for six episodes, but it now seems that an extra three have been revealed.

Murphy’s Multiverse reported that a stuntperson working on the WandaVision series listed that they were working on episode 1-09 of the show. MCU Direct‘s Jeremy Conrad then claims he reached out to Disney – Marvel Studios who confirmed the nine-episode run.

This opens the floodgates for the other Avenger based Disney+ shows like The Falcon and The Winter Soldier and Loki having extended runs too. It also puts actor Anthony Mackie’s recent comment that his Disney+ series will be ‘like a six to eight-hour long movie‘ in a far more interesting light.

WandaVision is still aiming for a December release date

Despite numerous, WandaVision could still make its December release date. It is currently classed as a limited series, however, this doesn’t rule out future seasons that could feature a wide cast of Marvel Cinematic Universe characters.

We’ve already heard that Scarlet Witch will feature in Doctor Strange in the Multiverse of Madness, and Strange himself has been rumored to feature in Marvel‘s WandaVision series for quite some time. Even heroes from other universes have been rumored, such as Evan Peters’ Quicksilver from the Fox X-Men timelines.

It’s unclear how the Wandavision series will reintroduce Bettany‘s Vision, though Wanda’s reality-bending powers seem like a very safe bet. The upcoming series will release exclusively on Disney+ and will use a classic sitcom format, something Marvel Head, Kevin Feige, has said will be brand new for Marvel TV and different from what we’ve seen from the Marvel series so far.

With movies like The Eternals, Black Widow, and Doctor Strange in the Multiverse of Madness on the horizon too, it’s certainly an exciting time to be a Marvel fan. Now if we could only reboot the Netflix shows…

Bummed out by the state of the world? Treat yourself to some good Marvel news to see that it’s not all bad.

How many WandaVision episodes do you think there should be? Let us know in the comments below.