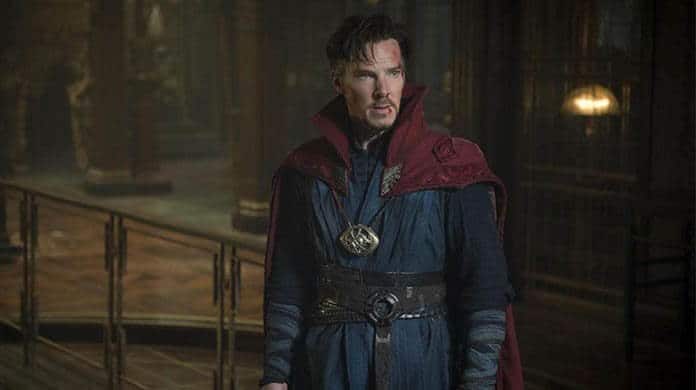 It’s been a while since fans have really seen Benedict Cumberbatch in action as Doctor Strange. He was around in only a limited capacity during both Avengers: Infinity War and Endgame, but fans have been crying out for a return of one of Marvel’s most interesting characters.

It appears that the Sorcerer Supreme may be hitting our screens earlier than the upcoming movie, Doctor Strange in the Multiverse of Madness and that fans may be getting their wish of a return of the character.

New rumors suggest that Doctor Strange could be hitting our screens much earlier than his next solo outing, assisting Scarlet Witch and The Vision in their adventures in the Disney+ series, WandaVision.

Of course, any rumor like this needs to be taken with a pinch of salt, but given rumors that part of the series takes place in the past or indeed a different multiverse, it makes sense for Strange to be cropping up.

The current rumor suggests that Doctor Strange will make an appearance toward the end of the season, which makes sense given the events of the series have been hinted at taking viewers directly into the next solo Doctor Strange outing.

Even if this is true, we have no idea in what capacity we will see Benedict Cumberbatch return to his role. It could be for full episodes or it could simply be as part of a post-credits sequence to tie the show into the next MCU movie.

Either way, we’re incredibly excited to start seeing Disney’s plans for expanding the MCU as part of the Disney+ offering. With WandaVision joining She-Hulk, Loki, The Falcon and the Winter Soldier, Moon Knight and Ms.Marvel, there’s going to be lot of MCU content on Disney+.

Would you be excited to see Doctor Strange crop up in WandaVision? Let us know in the comments below!