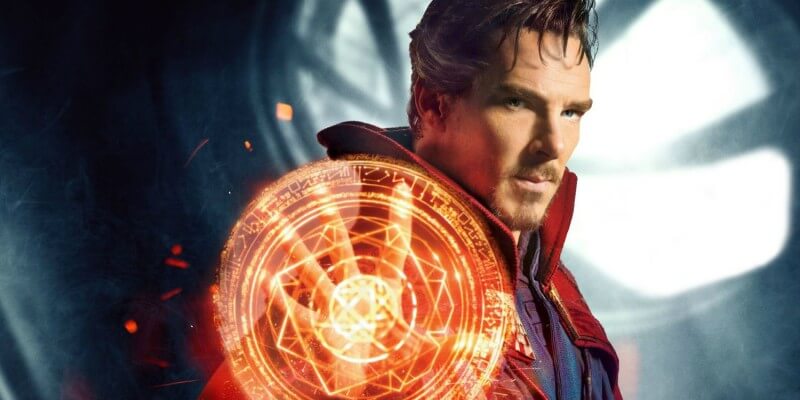 Like I’ve said before, I’m a pretty casual Marvel fan. I grew up dipping my toes in the comics here and there, and I’m excited by the possibilities of the MCU, though by and large I’ve felt the individual movies themselves have not quite met my lofty expectations. I enjoyed the first “Avengers,” “Guardians of the Galaxy,” and “Captain America: Civil War” quite a bit, and I got a kick out of the light-hearted and appropriately smaller-scaled “Ant-Man.” The rest of the films in the series have unfortunately kind of blended together in my memory, although I’m looking forward to seeing what the Russo Brothers come up with in the forthcoming Royal Rumble free-for-all of “Infinity War.”

With all that said, I’ve gone into each and every one of these films with high hopes and the undying optimism that the substantial creative talent working behind the scenes will intermittently concoct something unique and magical. “Doctor Strange,” the latest entry in the Marvel Cinematic Universe, appealed to me because of how different it looked on an elemental level from all the others, at least based on the marketing campaign leading up to its release. I’m just a tiny bit disappointed to report that the final result doesn’t entirely live up to that potential, although the movie is otherwise a colorful, fun ride.

Doctor Strange, the character, was always an ancillary component of Marvel comics in my experience. He was one of those faces that would pop up on occasion to help the Fantastic Four or Spider-Man when they needed assistance battling more mystical enemies than they were used to. I never got around to picking up an issue of his own headlining series, although I’m sure it contained some stories worth reading.

On the big screen, Doctor Strange brings along with him the promise of the otherworldly and the supernatural, things we’ve only seen rare glimpses of thus far in the largely pseudoscience-based superhero universe of the MCU, the possible exception being the Mighty Thor, whose roots are steeped in magic-heavy Norse mythology.

At the outset of this movie, Dr. Stephen Strange (played likeably arrogant by Benedict Cumberbatch of “Sherlock” and “Star Trek: Into Darkness”) is a brilliant New York neurosurgeon whose skills in the operating room are matched only by his ego. When an accident caused by his own hubris leaves him unable to perform his job, he begins to obsessively search for a cure, a quest which leads him to a secret cult headquartered in a temple in Kathmandu, led by the enigmatic Ancient One (the cast-against-gender-and-race Tilda Swinton.)

The Ancient One, her right-hand man Mordo (Chiwetel Ejiofor of “12 Years a Slave”) and reluctant comic relief Wong (Benedict Wong of “The Martian”) spend the bulk of the feature teaching Strange how to control and then master the mystic arts that they use to keep threats from other dimensions at bay. The cult and its temples– called “Sanctums” here and in the source material– soon find themselves under attack by former student Kaecilius, played by the always-menacing Mads Mikkelsen of TV’s “Hannibal” fame.

The story and action kick into high gear after Strange’s training is cut short and he’s forced to face Kaecilius himself back in NY, using only his wits and the limited powers he’s managed to accrue. Unfortunately, up until that point, “Doctor Strange” feels a tad too much like a warmed-over remake of “The Matrix,” (with Strange predictably failing upward in his mysterious studies, aided by his natural learning ability and photographic memory rather than just being The One) right down to the similarly eye-popping state-of-the-art visual effects.

Somewhat ironically, it’s those visual effects set pieces that are “Doctor Strange’s” strongest points. In several exciting fight/chase sequences, buildings and streetscapes fold into themselves in mesmerizing clockwork patterns, and in one early foray into a parallel realm, Strange experiences what resembles a kaleidoscopic acid trip that delivers the movie’s most undeniably memorable moments.

The script also makes some odd choices concerning the characterization of Stephen Strange: frequently he’s a stoic, even morose figure, and then he’ll slip haphazardly into a jocular, wisecracking Tony Stark type, almost as though those throwaway quips were added last-minute to enliven the tone. Fortunately the story’s climax puts that incongruity to good use when Strange is forced to meld his wit with his newfound flair for sorcery to overcome an extra-dimensional baddie.

I just wish the movie as a whole had been as radical and experimental as the promise displayed in its trippier scenes. “Doctor Strange” is a playfully surreal concept stuffed into the constraints of a typical Marvel origin story. It fits into that mold and comes out pleasant and entertaining enough, but I can only imagine what cool things we might have gotten to see if the movie had been allowed to further explore its own weirdness. I guess there’s always the sequel.

Comments Off on REVIEW: “Doctor Strange” is a fairly standard origin story for an otherwise colorful Marvel character