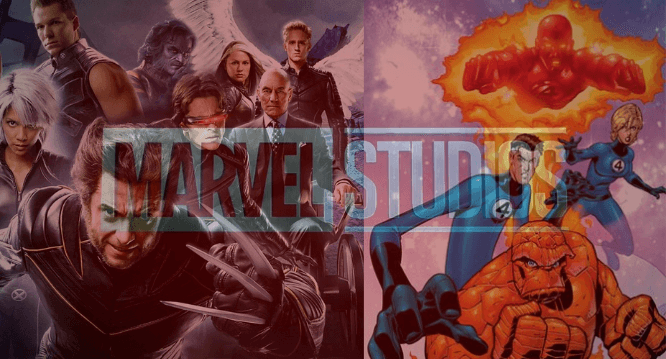 Ever since Disney acquired 20th Century Fox in 2017, there’s been one thing on every Marvel fan’s mind…

When and how will we get the Marvel Cinematic Universe‘s versions of The X-Men and the Fantastic Four?

Marvel has been typically tight-lipped on the issue, and though we know that both comic properties are being worked on, we’ve only been able to speculate on character casting decisions like John Krasinski as Mr. Fantastic as well as other fun ideas.

However, a report by renowned British newspaper The Independent highlights one trusted leaker that has helped to shed some light on how Marvel fans can expect the comic book mutants and Marvel’s first family to join the MCU.

Leaker Roger Wardell suggests that the MCU Fantastic Four and X-Men will be ‘primarily based on their Earth-1610 counterparts’ meaning yes, as many have thought, they will be coming through the multiverse.

The multiverse plays a huge part in the Marvel comic books, as it allows multiple versions of each superhero to exist at one time. It’s one of the many cool ideas that Marvel boss Kevin Feige has transported from comic to film.

We know that Doctor Strange and the Multiverse of Madness will deal with the multiverse (shocker), so perhaps we could see the seeds of this plot being threaded as early as 2022.

Earlier in the year, The Independent also brought to light a leaked set photo from The Falcon and the Winter Soldier that suggested that one of these properties might be closer than we think. Look away now if you don’t want spoilers.

The Falcon and The Winter Soldier leaked X-Men image

This image shows the flag of Madripoor, an island closely associated with Wolverine and the other X-Men.

It’s a hugely important Marvel location, not least because it was once the home of Professor Xavier’s Mansion. Could this be nothing more than an easter egg? Or is this a hint that Disney’s acquisition of Fox is in fact leading to an in-universe X-Men movie that doesn’t utilize the multiverse? Who knows. Marvel has a history of tweaking comic book plots to fit in its cinematic universe so Madripoor could be being used for something entirely un-X-Men related.

According to the tweet from Wardell, long-rumored Mr. Fantastic John Krasinski is indeed in talks for the role. He’s allegedly joined by Giancarlo Esposito in a different lead role. The actor is famous for portraying the villainous Gus Fring in Breaking Bad, leading many to suggest that he could be the MCU’s Doctor Doom.

MCU's Fantastic Four and X-Men will be primarily based on their Earth-1610 counterparts. John Krasinski and Giancarlo Esposito in talks to portray the leading roles. Ultimatum WILL NOT be adapted to the MCU.

When will we see an MCU X-Men or Fantastic Four movie?

As for when this will all happen, Wardell offers no answers. We know that Fantastic Four is in the early stages of production, and will likely release as part of MCU Phase Five alongside other far-off projects like Black Panther II and Captain Marvel 2.

Like all leaks, we suggest that you take this information with a pinch of salt. However, it’s not that radical to think that at least some of this could play out. As for an X-Men vs Avengers storyline? Well, that could be a few years off yet.

All we know right now is that Marvel hasn’t made any decisions on how and where to fit Deadpool into the MCU and that Black Widow finally has a theatrical release date.

What do you think about this leak? Could the Marvel Cinematic Universe introduce the X-Men and Fantastic Four in this way? Let us know in the comments below.