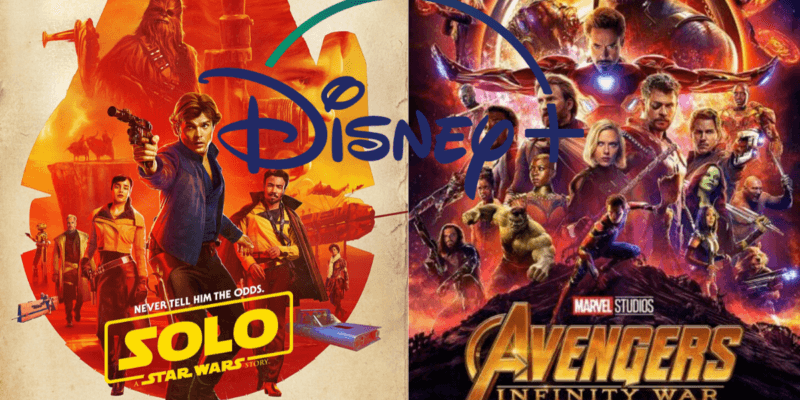 Disney Plus continues to be a bit of a mixed bag streaming service when compared to competitors Amazon Prime Video and especially Netflix.

Some find the lack of adult-geared Disney content to be a deal-breaker, while others lament Disney Plus‘s security issues, which now seem to have been mostly resolved after the introduction of two new functions.

However, no one can deny the vast array of top-quality TV series and movies that Disney Plus continues to release every month.

Among those anticipated titles are Avengers: Infinity War, Solo: A Star Wars Story, and Ant-Man and The Wasp, all of which have had their release date on Disney Plus pushed back slightly.

Disney Plus release dates for Solo: A Star Wars Story, Avengers: Infinity War, and Ant Man and the Wasp

Marvel‘s Ant-Man and the Wasp have a slightly longer delay to its Disney Plus release date; two weeks to be exact. Marvel‘s smallest heroes will now come to Disney Plus on August 14.

When these movies arrive on the streaming service, all of the Disney owned Marvel movies will now be available for streaming on Disney Plus including Doctor Strange, Captain Marvel, and Captain America: The Winter Soldier. The only exception is The Incredible Hulk, which Disney and Marvel allegedly have no plans to bring to the streaming platform as its the film‘s distribution rights are owned by Universal.

Other upcoming Disney Plus releases

After being unable to screen at the theater thanks to the pandemic, Artemis Fowl will launch on Disney Plus on June 12th. While Fox’s The New Mutants was up in the air ever since the Disney purchase, we now have confirmation that that film will see release in theaters thanks to Marvel and Disney.

Marvel Cinematic Universe properties like The Falcon and The Winter Soldier and Hawkeye allegedly remain on track in spite of any pandemic related Disney Plus delays. As far as we know, the latter is due land in August of this year, while the Hawkeye series is still due to launch in late 2021.

Marvel and Disney‘s Wandavision and Loki are due to arrive on the streaming platform in December 2020 and sometime in 2021 respectively.

Disney‘s greatest launch series, Star Wars: The Mandalorian is due to get a second season in October of this year, while Maleficent and The Incredibles 2 will make their streaming service debut on October 1 and July 31 respectively.

Whether the release dates for each film or tv series will change; we’ll have to wait and see and as with the reopening of the theme parks; trust in Disney. We, like every Disney fan, are hoping that our favorite shows and movies all release on time, but with the current pandemic, we’ll have to be that little bit more patient.

Do you think that more Disney Plus delays are incoming? Which upcoming Disney, Marvel, or Star Wars movie or series are you most looking forward to? Let us know in the comments below.

Note: this article outlines Disney+ film release dates for American users. International Disney fans may notice different movie release dates depending on where they live. Infinity War and Ant Man and the Wasp are already live on Disney Plus in the UK, for example.