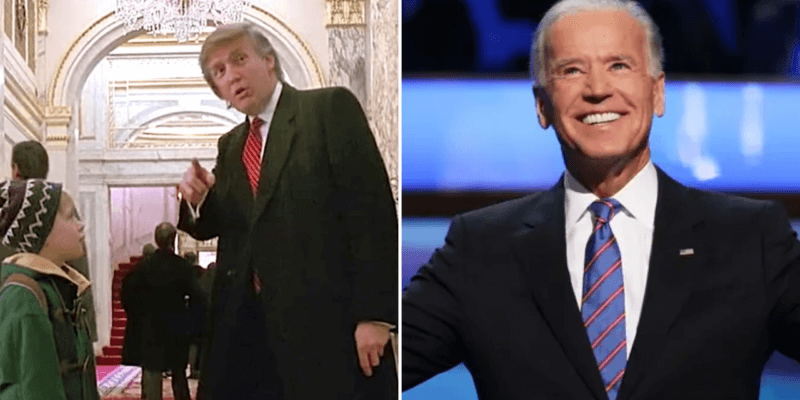 The cameo in question actually comes from fellow Christmas classic Home Alone 2: Lost in New York and became a topic of conversation after the real estate tycoon won the United States Presidential election in 2016.

This new petition demands that Mr. Trump be removed from the film and Mr. Biden somehow replace him.

What does the petition say about Trump and Home Alone 2?

You can check out the finer details for yourself at Change.org. However, the gist is that the creator wants to see Donald Trump removed from Home Alone 2. Cutting Mr. Trump from the film actually isn’t too farfetched, as Canadian broadcaster CBC has already removed the scene entirely, a move that Donald Trump Jr. reportedly called “pathetic.”

Allegedly the removal was to make space for advertising.

As for the petition itself, after a quick rant about Macaulay Culkin’s character it claims that the film has been irreparably tainted by Trump’s cameo:

Home Alone 2 is tarnished. It has a racist stain on it in the shape of Donald J Trump. I petition that he be edited out of the film and replaced with Joe Biden. Nothing ruins holiday cheer like a sexist, xenophobic, race-baiting bigot. For the sake of future generations, Trump must be replaced.

So far the petition hasn’t picked up much steam, and at the time of writing it’s had less than 100 signatures.

What is Donald Trump’s cameo in Home Alone 2? 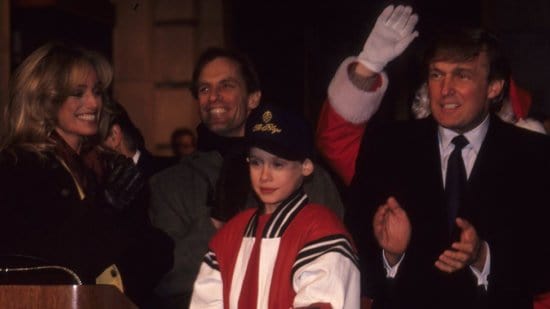 Trump’s cameo appearance is pretty fleeting for those who haven’t seen it in or don’t recall. It comes fairly early on as Kevin McCallister (Culkin) finds himself stranded in New York City. He reaches the Plaza Hotel and cons Tim Curry and Rob Schneider into giving him a room using his father’s credit card.

The famous Trump scene comes in around here. As our young hero looks around the impressive building, he asks a passing man in a suit and long coat for directions. That man is a younger Donald Trump, the future President of the United States. Some of you may know this cameo came about as Trump owned the Plaza Hotel in real life and reportedly demanded that he be included as part of the filming conditions, according to director Chris Columbus.

Seeing Culkin interact with Biden sure would change the scene, but how could it be done?

How would Joe Biden replace Trump?

The petition doesn’t go into much more detail, but we can assume that the creator has “deepfake editing” on the brain. This is the practice of swapping a person’s face with another. The results can be convincing and major studios have done wonders with the process, as we saw in the finale episode of The Mandalorian Season 2 and Star Wars Episode IX: The Rise of Skywalker.

However, there is no suggestion of how Biden might replace Trump here. The petition seems to be more interested in Disney removing the current President’s cameo entirely.

For those wondering why the petition targets Disney, as a reminder, the Home Alone franchise was one of many series purchased by Disney during its buyout of the 20th Century Fox — now 20th Century Studios — brand. That’s why you can watch all four Home Alone movies (and the upcoming reboot) on Disney+.

Does Biden fit in Home Alone 2?

Whether or not Trump’s Home Alone 2 cameo scene will remain is up to Disney and 20th Century Studios. As for replacing him with Biden; that seems unlikely but stranger things have happened.

It is worth noting that Donald Trump has a long history as a New York City public figure long before he ever ran for President of the United States. His ties to Manhattan are what led to his cameo in the first place — since President-elect Biden doesn’t have the same connection to New York City, it seems even less likely that Disney will consider major visual effects editing to include him in Home Alone 2.

You can view the petition here and stream Home Alone 2: Lost in New York on Disney+. It is directed by Chris Columbus and stars Macaulay Culkin, Catherine O’Hara, and, at the moment, Donald Trump!

What do you think? Should the Trump Home Alone cameo scene stay or go? Should a CGI Joe Biden replace him? Let us know in the comments below.