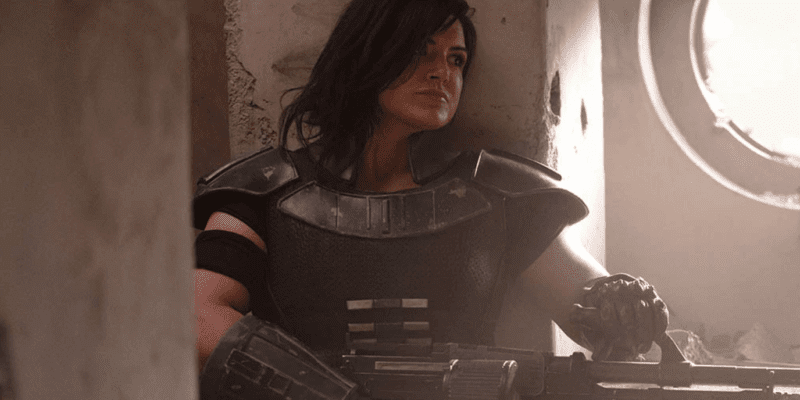 The Mandalorian actress has been in the news a lot lately after some controversy has blossomed. Star Wars fans have been calling for Gina Carano, best known as Cara Dune in the Star Wars universe, to be fired from The Walt Disney Company after she shared a controversial post to social media last month, which you can read more about here.

Not long after, Carano also posted to Twitter to discuss the current pandemic and the newly developed vaccine, after which she also received a lot of backlash from Star Wars fans who claimed Gina Carano was not taking it seriously.

Not everyone is calling for Carano to be fired after these two incidents occurred. In fact, The Mandalorian star Pedro Pascal, best known as Mando/Din Djarin, took to Instagram to show his support for his co-star. And now, Carano is standing up for herself — using a Star Wars meme.

This is obviously a play off of Yoda’s famous saying “Fear leads to anger. Anger leads to hate. Hate leads to suffering,” which he says to young Anakin as advice during Star Wars: Episode I — The Phantom Menace.

Star Wars fans are loving Gina Carano’s response to her haters on Twitter, one user, Tammy, even writing on social media, “When I saw you on the #Mandalorian today I was thinking of all the your haters. Love your haters @ginacarano because they give you fans. Haters pay the bills.”

When I saw you on the #Mandalorian today I was thinking of all the your haters. Love your haters @ginacarano because they give you fans. Haters pay the bills ?.

And this Star Wars fan, known as Autisinquisitor, responded to Tammy on social media, writing, “I think Gina is truly talented for playing a character that’s the opposite of her, lol. Respect.”

I think Gina is truly talented for playing a character that's the opposite of her, lol. Respect

Rumors have been floating around that Gina Carano’s Cara Dune could be getting her own Disney+ spinoff, although Disney has not confirmed it at this time. The company did, however, confirm that Disney+ would be getting two Mandalorian spinoffs, also being developed by Jon Favreau and Dave Filoni — which are titled Ahsoka and Rangers of the New Republic.

Are you a fan of Gina Carano? Let us know your thoughts on the controversy in the comments below.