Disney and Lucasfilm Confirm Ahsoka Series for Disney+ - Inside the Magic 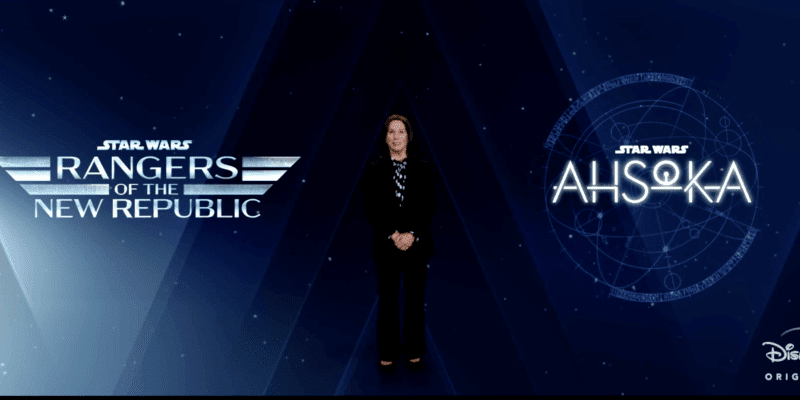 Lucasfilms, Kathleen Kennedy confirms Ahsoka Tano is getting her own series for Disney+ at Disney’s Investor Day 2020.

Ahsoka Tano recently made her live-action Star Wars debut in Season Two of The Mandalorian. Fans were overwhelming in their support of the Ahsoka, and many fans were calling for her to receive her own series. We can say that that wish has been granted!

Star Wars: Ahsoka will be making its way to Disney+ along with a wide and impressive array of Star Wars content!

Here is all the new exciting Star Wars content coming to Disney+ that was confirmed at Disney’s Investor Day 2020!

This is what Disney had to say on Twitter about this exciting announcement!

Ahsoka, a new Original Series, starring @RosarioDawsonand set within the timeline of @TheMandalorian, is coming to @DisneyPlus.

Ahsoka, a new Original Series, starring @RosarioDawson and set within the timeline of @TheMandalorian, is coming to @DisneyPlus. pic.twitter.com/ZojpCkhPS7

Ahsoka Tano was a character who originally debut in Star Wars animated series Rebels and Clone Wars. A fan favorite in those series it was not surprising that when she made her live-action debut many fans were torn about her casting. Both Dave Filoni and Rosario Dawson herself spoke up about the casting and gave fans confidence in the future of live-action Ahsoka.

Seeing Ahsoka in live-action also had some fans wondering why her appearance was not exactly as they might have expected. Thankfully we got answers on that too. It appears that the showrunners and powers within Lucasfilm truly believe in Ahsoka’s future storyline and how much she resonates with fans.

We cannot wait to see the continuation of this Jedi, and if her story will continue to weave in with that of The Mandalorian. No word yet on the exact debut date of the series on Disney+ at this time, but stay tuned to Inside the Magic for more updates!

So what do you think of Ahsoka getting her very own Star Wars series? Let us know in the comments!

Comments Off on Disney and Lucasfilm Confirm Ahsoka Series for Disney+