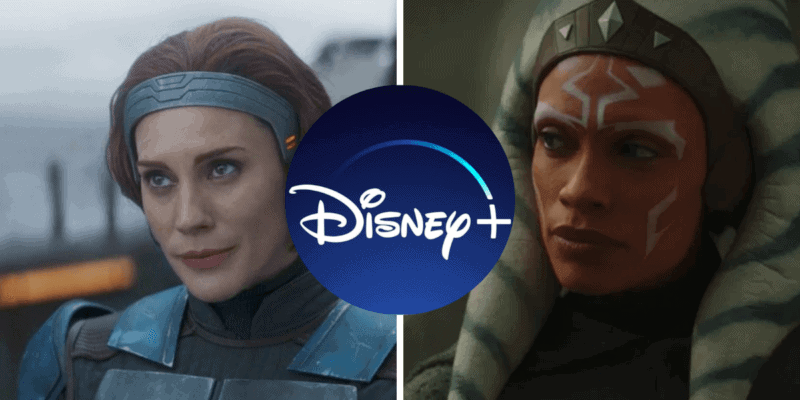 Due to the overwhelming success of The Mandalorian series on Disney+, some fan-favorite Star Wars characters have been confirmed to be receiving their very own dedicated series on the streaming platform.

The series focusing on Obi-Wan will begin filming in March of next year and already has fans excited. But this excitement has naturally lead to speculation online about what other characters from the Star Wars universe should get a series as well.

The latest and most popular of these rumors is the possibility of Ahsoka Tano and Bo-Katan getting their very own spin-off series for Disney+. In a report shared by ComicBook, they detail why so many fans believe this COULD happen, as the series has perfectly set up the two characters during this season of The Mandalorian.

SPOILER WARNING! DON’T KEEP READING IF YOU HAVE NOT CAUGHT UP ON THE MANDALORIAN

“The Jedi” sees Mandalorian Din Djarin head to the forest planet Corvus which is where Bo-Katan told him he would find Ahsoka. There, Din does indeed find Ahsoka where she’s trying to defeat the cruel Magistrate Morgan Elsbeth of Calodan. Din enlists Ahsoka to help him learn more about The Child (something that leads to the revelation of his real name, Grogu, as well as his history) while Ahsoka, in exchange, recruits Din to help in her quest to stop Elsbeth. The episode also reveals why taking down Elsbeth was so important, as the magistrate is revealed to have been working for Thrawn.

Bo-Katan leading Din to Ahsoka’s current location shows that the two allies — Bo-Katan and Ahsoka fought together to depose Darth Maul who had come to control Mandalore, with Bo-Katan seeking to restore order to her home world following Maul’s deposition, though the Empire occupied Mandalore and carried out a genocidal “The Purge” — remain in contact in some form. Thanks to The Mandalorian, we also know that Bo-Katan fought during the Purge but lost the Darksaber that is now in Moff Gideon’s possession and that Bo-Katan is still fighting and looks to reclaim it.

While we totally agree that the set up is perfect, season two of The Mandalorian is not over yet. And in future episodes and seasons, we could see more of both Ahsoka and Bo-Katan. So personally, I am not ready to call for a stand-alone series for these two characters until we fully see what The Mandalorian creative teams have up their sleeves for the duration of the show.

Previously we reported on a rumor that a Cara Dune and Bo-Katan spin-off series would be coming to Disney+. This was very highly speculated online but no official word from Lucasfilm or Disney on this yet.

And of course, this is all speculation as well so until official word is released from Disney or Lucasfilm, we should take these theories with a grain of salt — But a fan can still dream, right?

What characters would you like to see get their own spin-off series on Disney+? Let us know in the comments!