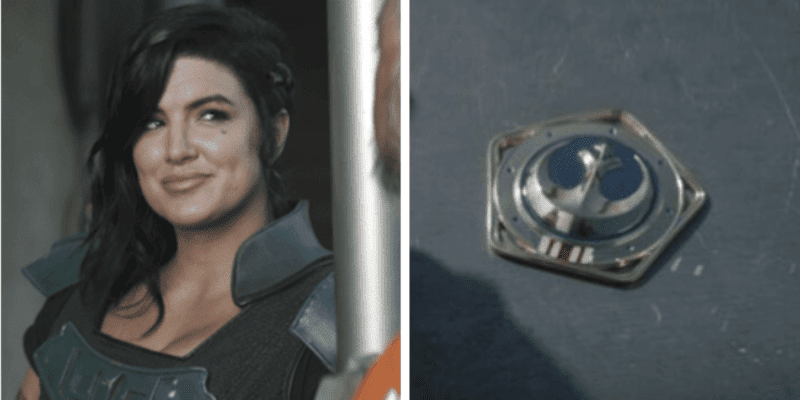 For quite some time now, the online rumor mill — as it is prone to do — has swirled with rumors that The Mandalorian’s Cara Dune (Gina Carano) will be getting her own Disney+ spinoff.

While some have presumed that her spinoff would include either Ahsoka Tano (Rosario Dawson) or Bo-Katan Kryze (Katee Sackhoff) — both of whom appeared in The Mandalorian Season 2 in live-action for the first time — it seems Disney and Lucasfilm’s content creators may have other plans.

At The Walt Disney Company’s 2020 Investors Day virtual event, numerous new Star Wars projects were announced. Among these were two Mandalorian spinoffs, also being developed by the incredibly talented team of Jon Favreau and Dave Filoni — the shows are titled Ahsoka and Rangers of the New Republic.

Both Disney+ streaming shows will interconnect with The Mandalorian, which will see its third season premiere on Christmas Day 2021. Ahsoka, of course, will focus on the Star Wars: The Clone Wars and Star Wars Rebels fan-favorite character’s adventures across the galaxy, presumably in search of Admiral Thrawn, as per her storyline in The Mandalorian Season 2, Episode 5 (Chapter 13: The Jedi).

There is also set to be an animated The Bad Batch series, also based on Clone Wars.

But, what about Rangers of the New Republic?

Aside from the logo for the show [above], no details about the upcoming Star Wars series were shared during Lucasfilm’s portion of Investors Day.

Given Cara Dune’s storyline in The Mandalorian’s second season — which has heavily focused on her quite literally becoming a “Ranger of the New Republic” — and the rumors of a Gina Carano-led spinoff, it seems extremely likely that Disney and Lucasfilm executives are planning for this to be her show.

Favreau and Filoni don’t do things coincidentally in their shows — not to mention the focus on the interconnected nature of The Mandalorian, Ahsoka, and Rangers of the New Republic leads one to think that it can’t be accidental that Dune, after claiming she wasn’t a “joiner,” ultimately accepted the New Republic medal pilot Carson Teva (Paul Sun-Hyung Lee) gave her in Chapter 10: The Passenger.

We learned that Dune is now officially a Marshal of the New Republic in last week’s episode, Chapter 14: The Tragedy when she is hesitant to help Din Djarin (Pedro Pascal) with a prison breakout because there are now “rules” she “has to follow.”

ScreenRant has pointed out that Dune likely reconsidered Teva’s offer for the following reason:

…it could be that she reconsidered the offer after thinking on Carson Teva’s words. He had told her that something was going on, and that they needed local support to deal with it. It would seem that he was referring to the activities of the Empire remnants in the Outer Rim.

This sounds like perfect jumping-off point for Rangers of the New Republic, if you ask me.

What do you think? Is Rangers of the New Republic set to be Gina Carano’s show? Or, will Disney hesitate to give her a spinoff because of online controversy surrounding the actress within the Star Wars fan base?