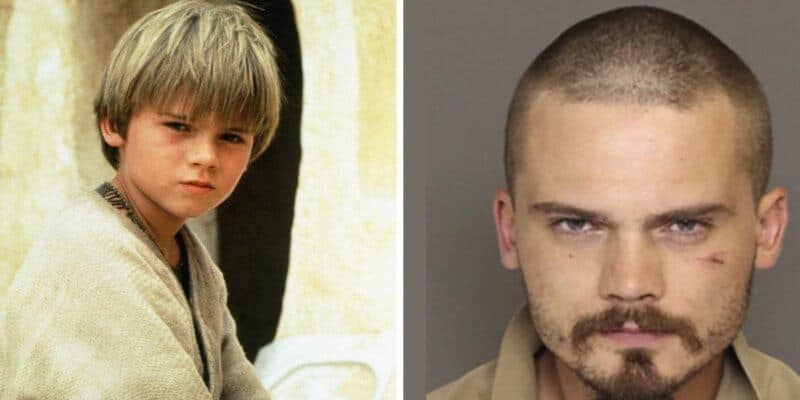 Actor Jake Lloyd is known for his role as the young version of Darth Vader in the Star Wars franchise.

In 1999’s Star Wars: Episode 1 — The Phantom Menace, Lloyd was cast by George Lucas to portray the role of Anakin Skywalker, which, unfortunately, received a lot of criticism and bullying. And since the Star Wars actor was so young at the time, this affected his well-being and sent him onto his own dark path.

During his childhood years, Lloyd also starred in Jingle All the Way and Apollo 11. In a 2012 interview, the Star Wars actor stated that his childhood was a “living hell” and he even had to deal with bullying at school.

“Other children were really mean to me,” Lloyd said. “They would make the sound of the lightsaber every time they saw me. It was totally mad.”

“My entire school life was really a living hell – and I had to do up to 60 interviews a day.”

The Star Wars actor has been struggling with mental health and personal struggles, which has affected his own life as well as his loved ones. In 2015, Lloyd was involved in a reckless driving high speed police chase, which led to a psychiatric arrest. In 2016, Lloyd was diagnosed with schizophrenia. Following this medical diagnosis, he was then moved from jail to a psychiatric facility.

It was reported by NME that there was no time frame for how long Lloyd would stay in the psychiatric facility, but that “his family wants him to take his time to get healthy”.

In 2018, Lloyd lost his sister, Madison, which sent him down an even worse path.

But there is some good news regarding this situation as a recent statement from Lloyd’s family brings some light to Lloyd’s mental health and well-being.

Lloyd’s mother, Lisa, released this positive statement and update on her son’s status:

“We would like to thank everyone for their kind words, their support, and goodwill. Jake has been diagnosed with paranoid schizophrenia, but unfortunately he also has a symptom called anosognosia which causes a lack of insight into his illness. This only adds to the struggle he faces, which has been very difficult after the tragic loss of his younger sister, Madison. He has moved closer to his family and we are all working hard to help him with this. He is still a kind and caring person and we hope to have him back to his fun and entertaining self as soon as possible. Jake will continue to make progress with the love and support you continue to show.”

It is a shame that the Star Wars actor had to deal with criticism, bullying, and unwanted hatred at such a young age, just like his fellow Star Wars co-stars Kelly Marie Tran and Ahmed Best. Though now Lloyd knows he is surrounded by loved ones and support, it looks as if he is now on a better path.

We want to wish Jake and his family all of the best.