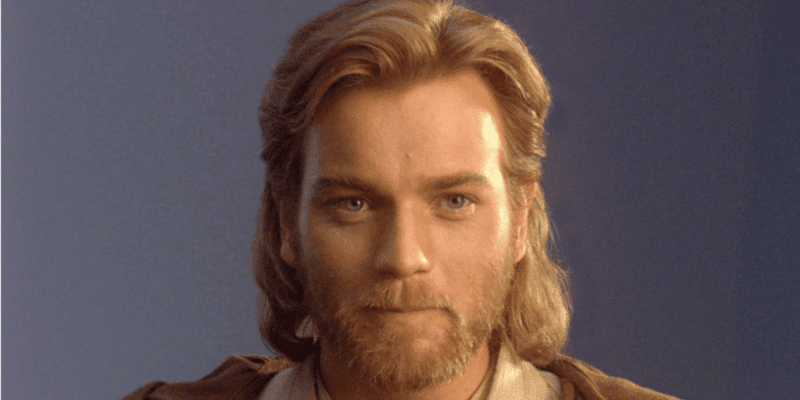 When someone visits their local church, it’s common to see Jesus’s image printed onto programs and holy books, like Bibles in pews. However, it seems when one church in Minnesota was putting together their own program for a 2019 Sunday processional, they included the image of a famous Star Wars character instead of the Son of God.

Members of the congregation of this particular Church of Jesus Christ of Latter-Day Saints in Minnesota quickly realized the mistake shortly after looking at the program. It was nearly impossible to miss, as the image was printed right on the cover as part of a collage of portraits of Jesus Christ.

The image that is not like the others is on the bottom, second from the right. Star Wars fans will recognize this as a picture of famous Star Wars Jedi Master Obi-Wan Kenobi, portrayed by Ewan McGregor in the Star Wars prequels and voiced by the actor in animated series Star Wars: The Clone Wars.

If you’ve never seen the Star Wars Skywalker Saga before, it’s easy to see how one might mistake the famous character for the Son of God. However, according to  the Instagram user (@itsalwright101) who originally shared the picture of the bulletin, it seems what members of the church initially thought was a mistake was actually done on purpose!

The caption on the image read:

“I have seen a lot out there where people think this is fake or was an accident from googling Jesus pics not knowing it was Obi-Wan. I was fully aware of what I was doing.”

This isn’t the first time a depiction of Obi-Wan Kenobi was used in place of Jesus. In 2018, a Utah man pranked his parents by giving them a portrait of George Lucas’s legendary character as a Christmas gift — the unsuspecting parents, who had little familiarity with the Star Wars franchise, proudly hung their new “religious artwork” in their home.

In an interview about the prank after it went viral, the man revealed that his parents were active members of their church but didn’t know much about Star Wars. He said he had grown up with an image of Jesus that looked similar to the Obi-Wan portrait and couldn’t pass up the opportunity to have a little good-natured fun with his mom and dad.

What’s next for Obi-Wan Kenobi?

Obi-Wan Kenobi fans have a lot to look forward to in the near future. Ewan McGregor will be reprising his sequel trilogy role in the upcoming Deborah Chow Disney+ show, OBI-WAN KENOBI: An Original Series.

The Star Wars streaming miniseries is set to debut sometime in 2022 and, according to actor McGregor, will film this spring in Los Angeles. Though it is not confirmed, the project may be shooting at the same soundstage — The Volume — that Jon Favreau and Dave Filoni use for The Mandalorian.

While little is known about specific plot points at this time, we do know that the upcoming Obi-Wan series will be set approximately 10 years after the events of Star Wars: Episode III – Revenge of the Sith (2005) and that Hayden Christensen will return to play Darth Vader/Anakin Skywalker.

In addition, there have been plenty of rumors about other well-known Star Wars characters returning in OBI-WAN KENOBI: An Original Series. Jar Jar Binks (Ahmed Best) and Duchess Satine Kryze (possibly played by Denise Gough) are both presumably set to appear.

One theory is that Binks will actually be used to setup a flashback scene featuring the long-dead Duchess. Darth Maul (Ray Park) may also be part of this flashback sequence, since Kryze died at his hand in Clone Wars.

As for McGregor, there are numerous reports circulating online that he will not only appear in his own Star Wars series, but also in Andor — a prequel series about Captain Cassian Andor set about five years prior to Rogue One: A Star Wars Story (2016).

What do you think of this church’s amusing decision to substitute Jesus with Obi-Wan Kenobi in their bulletin? Are you looking forward to seeing Ewan McGregor’s return to the Star Wars galaxy? Let us know in the comments below!