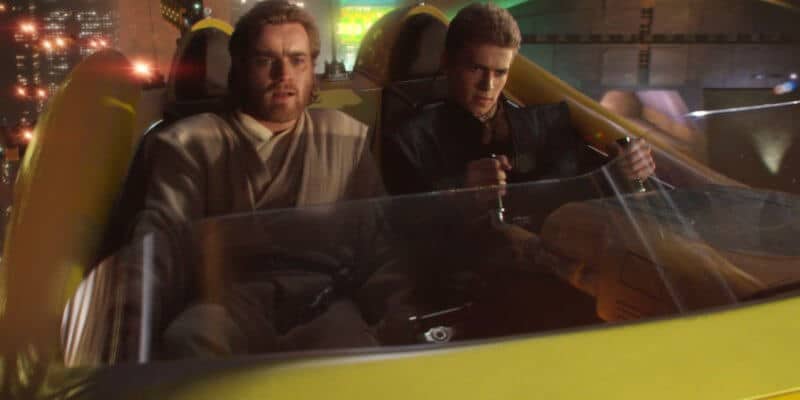 In recent weeks, there have been numerous — often conflicting — reports about when and where OBI-WAN KENOBI: An Original Series is filming.

First, reports circulated that the Deborah Chow series would be filming in Boston, Massachusetts. Then, Boston news stations were forced to issue retractions when it became apparent the reports meant Boston, United Kingdom.

Most recently, there was much confusion regarding the apparent Andor set in Little Marlow, England — some originally believed it was for OBI-WAN KENOBI instead.

McGregor went on to say:

“We’re shooting it much in the way The Mandalorian series was shot. We’re using some of that technology,” the actor confirmed. “I really liked it and I liked the format of it. I liked the Western nature of it, it’s an old-fashioned TV Western. It’s brilliant.”

It is not, however, known if Deborah Chow and the OBI-WAN KENOBI team will be using the same high-tech visual effects soundstage that Jon Favreau and Dave Filoni have used — and will likely continue to use — for The Mandalorian. The technology was detailed in Disney Gallery: The Mandalorian.

Finally, McGregor shared his thoughts about reprising his role as the iconic Jedi Knight after 15+ years:

“It’ll just be great to do it again. It’s so funny, I did my last one in 2003 and it’s such a long time ago and the idea of doing it again now is just more exciting than it was then, I think,” McGregor confessed. “I’m thrilled to get the chance to play him again. I’ve always felt there was a story about between my ones and Alec Guinness’s ones and that’s what we’re gonna do. It should be really interesting.”

At this time, little is known about the exact plot of OBI-WAN KENOBI: An Original Series. It will take place about ten years after the events of Star Wars: Episode III – Revenge of the Sith (2005) and will also feature Hayden Christensen reprising as Darth Vader/Anakin Skywalker.

Rumors abound that Liam Neeson will also somehow return as Obi-Wan’s Jedi Master Qui-Gon Jinn. This would likely be in a flashback sequence, since Jinn was killed by Darth Maul in Star Wars: Episode I – The Phantom Menace (1999).

#EwanMcGregor chatted during Eddie's final marathon about the new #ObiWanKenobi project, #TheMandalorian series and #StarWars filming. Use the force to donate and #MakeHumanityGreatAgain at https://t.co/8m60VqJ7vE – The Beekeepers pic.twitter.com/T21FGoCS2P

Are you looking forward to see the famous Jedi Knight again in OBI-WAN Kenobi: An Original Series? What do you think is going to happen? When do you expect the Kenobi series to premiere on Disney+?