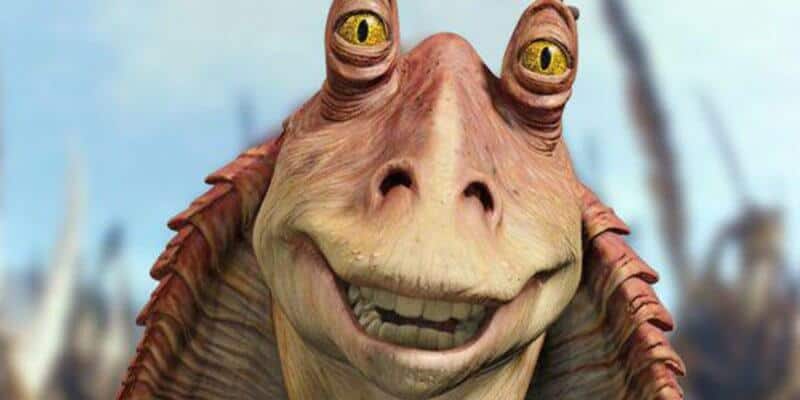 According to a recent report, Jar Jar is set to cross paths with Jedi Master Obi-Wan Kenobi (Ewan McGregor) at some point during the Deborah Chow mini-series, at which time fans will discover what has transpired in his life since the deception that led to the creation of Emperor Palpatine’s first Galactic Empire.

There would also be a part of the story where bearded Jar Jar and Obi-Wan would take a trip down to memory lane and discuss the past.

With Jar Jar’s return, the Obi-Wan series can delve into various storytelling possibilities as it would be interesting to see the reaction of Obi-Wan and Jar Jar to the fall of Anakin or they could have something or anything related to Anakin and Padme’s kids.

Anakin and Padme’s kids, of course, are Luke Skywalker (Mark Hamill) and Princess Leia Organa (Carrie Fisher), two of the most iconic characters in the Star Wars franchise.

The idea of Jar Jar Binks — played by actor Ahmed Best, who faced a great deal of backlash following his prequel depiction of the goofy character — coming back to Star Wars by way of the Kenobi series makes some measure of sense since his fate was never officially explained following Star Wars: Episode III – Revenge of the Sith (2005).

The report about Jar Jar’s return does not indicate if Best, who did come back to Star Wars as the host of the Jedi Temple Challenge game show, is expected to play Jar Jar again.

Furthermore, if Jar Jar and Obi-Wan spend time reminiscing about the events of not only Revenge of the Sith, but Star Wars: Episode I – The Phantom Menace (1999) and Star Wars: Episode II – Attack of the Clones (2002), it opens the door for Liam Neeson to come back as Kenobi’s Jedi Master Qui-Gon Jinn.

Neeson has expressed interest in returning to Star Wars in OBI-WAN KENOBI: An Original Series, but it would have to be in a flashback sequence since he died in a lightsaber battle with Maul long ago in Episode I.

Finally, the return of the Gungan could explain why it seems that Obi-Wan’s Star Wars: The Clone Wars love interest, Duchess Satine Kryze — who also died at Maul’s hands before the events of the new series — has seemingly been cast. Kenobi could tell Jar Jar about the situation, flashing back to the unfortunate animated Clone Wars episode in live-action.

Essentially, Jar Jar Binks could be a conduit for a number of characters who are dead at this point in the Star Wars saga to come back (at least in memory).

OBI-WAN KENOBI: An Original Series does not yet have an official debut date. It is set to start filming in the United Kingdom, though not in Little Marlow as prior reports indicated, in March 2021.

The six-episode show is not on Disney’s 2021 release schedule and is expected to hit the streaming platform sometime in 2022.

Are you looking forward to seeing OBI-WAN KENOBI: An Original Series? Do you want Jar Jar Binks to return?