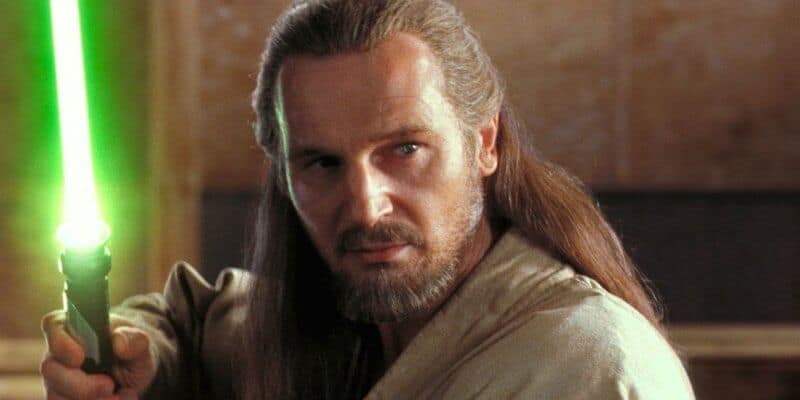 When the Star Wars prequel trilogy began in 1999, fans of the franchise had high hopes. After all, a look at Darth Vader’s beginnings — when he was still Anakin Skywalker — had great promise.

The movies, which concluded in 2005 with Star Wars: Episode III – Revenge of the Sith, however, were much-maligned both critically and among the Star Wars fan base.

Now, in an interview with Andy Cohen, actor Liam Neeson (Qui-Gon Jinn) has taken a stand for the Star Wars prequels, saying:

“I know a lot of fans and critics didn’t like it. I’m proud of it.”

Neeson’s character, Jedi Master Jinn, famously died after sustaining a fatal wound during a lightsaber duel with Darth Maul (Ray Park) in Star Wars: Episode I – The Phantom Menace. With his dying breath, Jinn asked his Padawan Obi-Wan Kenobi to take Anakin Skywalker under his wing. And the rest, as they say, is history.

How have the prequels influenced what’s coming next?

Despite the Star Wars prequels’ original reception, the trilogy (yes, even Jar Jar Binks) has become more popular in recent years. As a matter of fact, The Walt Disney Company is using the prequel trilogy as fodder for numerous upcoming Disney+ Star Wars series.

Ewan McGregor, who portrayed Obi-Wan Kenobi in the prequels, will soon be getting his own one-season streaming show, tentatively titled Pilgrim.

There are also rumors that Ray Park will reprise his role as Darth Maul in multiple Disney+ series, including, perhaps, the Obi-Wan show and a series about Crimson Dawn, an organization which features heavily in Solo: A Star Wars Story.

Since director Ron Howard has confirmed that a Solo 2 is not in the works, a Disney+ series is likely to be the only place where Qi’ra, Maul, and even Lando Calrissian (Donald Glover)’s storylines continue.

What do you think about Liam Neeson defending the Star Wars prequels? Do you like the movies more now than you did when they released in theatres?