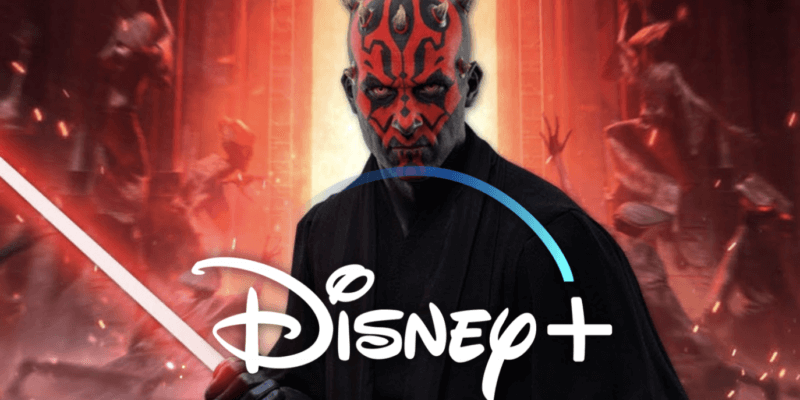 With yesterday’s announcement that all of the previously announced upcoming Star Wars films have been delayed by a year and the current postponement of The High Republic graphic novel publishing initiative, Star Wars fans need something to look forward to.

The Mandalorian Season 2 finished filming before pandemic-related production shutdowns, so it is still set for its original October Disney+ debut. Furthermore, the recent announcement of The Bad Batch animated series releasing in 2021 has given the Star Wars fan community something to look forward to.

Now, a report by TheDirect.com indicates that Darth Maul will be appearing in multiple Disney+ series over the next few years. The fan-favorite antagonist first appeared in Star Wars: Episode I – The Phantom Menace (1999), in which he defeats Qui-Gon Jinn in a lightsaber battle.

While nothing is certain, all evidence points to the Maul-centric show being about Crimson Dawn, the criminal group that was featured in 2018’s Solo: A Star Wars Story. The inclusion of Qi’ra leaves few other possibilities, giving fans the continuation of the story set up by Solo. Formerly Darth, now just Maul, the antagonist will have the opportunity to shine under the stars as he continues his path of destruction in the galaxy far, far away.

Although nothing regarding Darth Maul has been officially announced by Disney and Lucasfilm, there are a number of confirmed and rumored Star Wars shows in development for Disney+ as the studios work together to strengthen the presence of the Star Wars universe on the streaming platform.
Ewan McGregor’s Obi-Wan Kenobi series, currently titled Pilgrim, is set to begin filming at Pinewood Studios very soon. Another prequel series featuring Cassian Andor from Rogue One: A Star Wars Story is also officially in development.
Other rumored series that could all feature Darth Maul in some capacity include a young Lando Calrissian spin-off featuring Donald Glover, a TV series focusing on Clone Wars favorite Ahsoka Tano, and an animated Star Wars Rebels sequel.
If Walt Disney Studios and Lucasfilm executives decide to create a Darth Maul-centric series, it could likely be the rumored spin-off of Solo: A Star Wars Story. Reports indicate that this series would focus heavily on Crimson Dawn, led by Sith Lord Maul, and Han Solo’s ex-girlfriend Qi’ra (Emilia Clarke) who serves as a Lieutenant for the Crimson Dawn group.
What do you think about more Disney+ Darth Maul series?