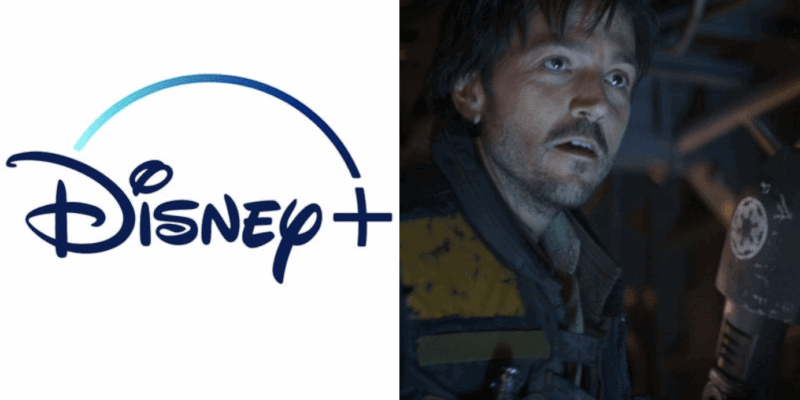 Although the next direction of the Star Wars film saga is up-in-the-air for now, fans can look forward to seeing their favorite characters on television. Several series, including the premiere of the Rogue One: A Star Wars Story prequel series on Disney+, are in the works.

Disney+ will also be bringing the hit The Mandalorian back for a second season in October 2020. In a controversial casting decision, executives recently announced that Rosario Dawson will portray Ahsoka Tano in The Mandalorian. Tano is Anakin Skywalker’s padawan and can currently be seen in the final season of animated series, Star Wars: The Clone Wars.

The Rogue One prequel is set to follow Captain Cassian Andor (Diego Luna), one of the Star Wars universe’s most resourceful (and occasionally morally suspect) heroes. Andor, who is also known by various aliases, including Aach, Joreth Sward, Fulcrum, and Willix, is known to go to any length to complete his spy missions successfully.

The synopsis of the Rogue One prequel series reportedly states that fans will see the “adventures of Rebel spy Cassian Andor during the formative years of the Rebellion and prior to the events of Rogue One: A Star Wars Story…The rousing spy thriller will explore tales filled with espionage and daring missions to restore hope to a galaxy in the grip of a ruthless Empire.”

In a February 2020 interview, Luna discussed his passion for appearing in Star Wars, saying “It’s amazing. When you’re piloting, the thing actually moves, you know? It’s fantastic. I just wanted to do more and more and more. But to be honest, it was something I really wanted to happen and I’m glad it’s happening.”

He continued, “Now we can do magic, right? And go back in time and say we’re going to tell a story that happened before the film…It’s a different approach, and the beauty is that people already have a connection with that character, so now we’re going to tell you what had to happen for Rogue One to exist.”

Although Disney has not announced the premiere date of the upcoming pre-Rogue One series, rumors suggest it is set to debut in 2021.

Are you excited for more Disney+ original content based on Star Wars? Tell us more in the comments!