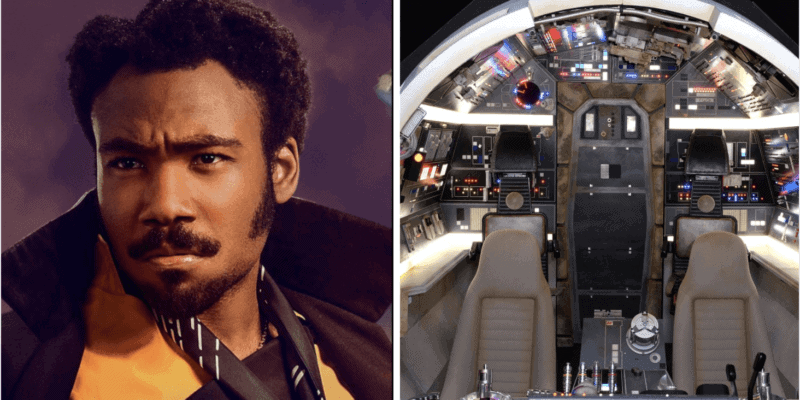 Both actors did a remarkable job playing the flamboyant smuggler, who sometimes finds himself at the helm of Han Solo’s Millennium Falcon. A man of many talents, there is indisputably more to explore in the Lando Calrissian story.

Now, insider Scott Gustin has shared a new rumor that has begun circulating on Twitter.

Still a rumor – but freaking sign. me. up. https://t.co/Y3PHwYZOjP

We initially reported this rumor in February 2020, with a caveat that Glover was hesitant to reprise his role as Calrissian. Solo did not do well at the box office and struggled to find its place in the overall Skywalker Saga, due largely to directorial and writing issues.

However, Billy Dee Williams himself re-Tweeted our April article regarding a Jannah spinoff, potentially featuring Lando in some capacity. This lends credence to the fact that something is going on behind-the-scenes at Lucasfilm.

In an Entertainment Weekly interview, Glover discussed meeting with Williams to make sure he got Calrissian’s characterization correct. Glover said of the experience:

“It was really, really relaxed. He was great. I mean, I had a lot of questions. And then he just told me, just be charming. [Laughs] And so, I was like, “Okay!” I just kind of did that. He said, “Just be interested in things.” Lando has, I wouldn’t say eccentric, but eclectic tastes. So I tried to work that into the role as much as possible.”

Since reports of a Disney+ Lando Calrissian spinoff are still just rumors in the Star Wars universe, we don’t know for sure what direction a new series would take. It is possible that the timeline would pick-up immediately after Solo, but Disney and Lucasfilm executives could also decide to take a time jump, exploring Calrissian’s life with his wife and daughter (thought by many fans to be Jannah).

What would you like to see happen in a Donald Glover Lando series on Disney+? Share your thoughts on the possible TV series in the comments!