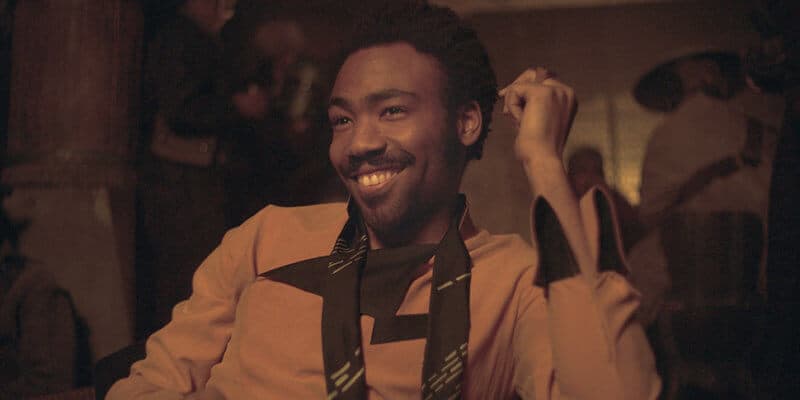 A new rumor has emerged from the proverbial Star Wars mill. It appears that Lucasfilm is looking to expand the world around the last standalone Star Wars film, Solo: A Star Wars Story, with the main focus now turning to Donald Glover’s young Lando Calrissian, and Darth Maul’s Crimson Dawn crime syndicate.

Let’s break this down:

The Good and the Bad of Solo: A Star Wars Story

Solo: A Star Wars Story did not have a smooth transition into Lucasfilm’s Skywalker Saga. After swapping directors midway through production, the standalone film received some very mixed reviews and is considered to be one of the weaker films of the saga. Most of the criticism should come from the fact it had a lot of potential from exposing a different perspective on galactic life in the Empire such as the Wookies’ enslavement and Darth Maul’s new role as leader of the Crimson Dawn crime syndicate.

It appears that Lucasfilm is still interested in exploring the untapped potential of that part of the Skywalker Saga‘s timeline, and using Donald Glover’s Lando Calrissian to do it. In fact, reports suggest that if Lucasfilm can get Glover to return his role, he will get his own Disney+ TV series.

However, Glover is reportedly hesitant to return to his role, and who can blame him? Solo was a flop by Star Wars standards, and he received plenty of criticism for how he played the role. Even Billie Dee Williams protested to some of the changes. Granted, he put most of the blame on the studio, but still.

There is no confirmation at this time from Lucasfilm, Disney, or Glover.

Speculation Time: What would a Lando Calrissian series look like?

One can imagine, a Lando series would be almost a hybrid of plot lines between The Mandalorian and the anticipated Loki series. And Star Wars fans already got a taste of pre-A New Hope Lando in the animated show Star Wars Rebels which suggests his series would be nothing less of an almost-episodic show that portrays the silver-tongued swindler hopping around the planets of the Outer Rim causing chaos, but also giving into his annoying conscious here and there. It could also be a serial story that shows Star Wars fans how he rose to become the leader of Cloud City. Either way, it would be an interesting way to show fans a new side to a Galaxy Far Far Away.

What do you think of this rumor? Did you think Solo was really that bad? Would you watch a Disney+ show starring Donald Glover as Lando Calrissian? Let us know in the comments!

Comments Off on Will Lucasfilm Expand “Solo: A Star Wars Story” with Lando-Focused Disney+ Show?