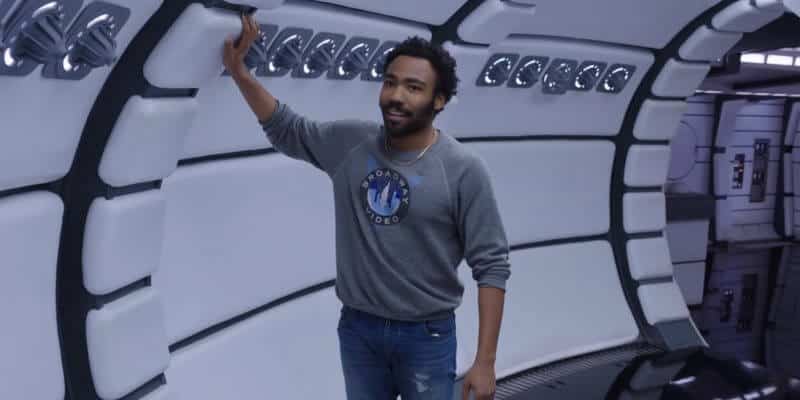 Lando Calrissian is famously the smoothest scoundrel in the Star Wars galaxy, and who better to play a younger version of the character made famous by Billy Dee Williams in “The Empire Strikes Back” than charismatic “Community” and “Atlanta” star Donald Glover?

In a new video released today on the official Star Wars YouTube page, “Solo: A Star Wars Story” cast member Glover gives fans a tour of Lando’s iconic– and uncharacteristically spotless– ship the Millennium Falcon (before that rogue smuggler Han Solo gets his grubby hands on it).

Through the tour, Donald Glover shows off the Falcon’s living space, guest area, Lando’s bar, impeccable captain’s quarters, the expansive cape armoire, and of course the instantly-recognizable cockpit. “This ship has probably never looked better than when Lando had it.” I couldn’t have said it better myself, Donald.